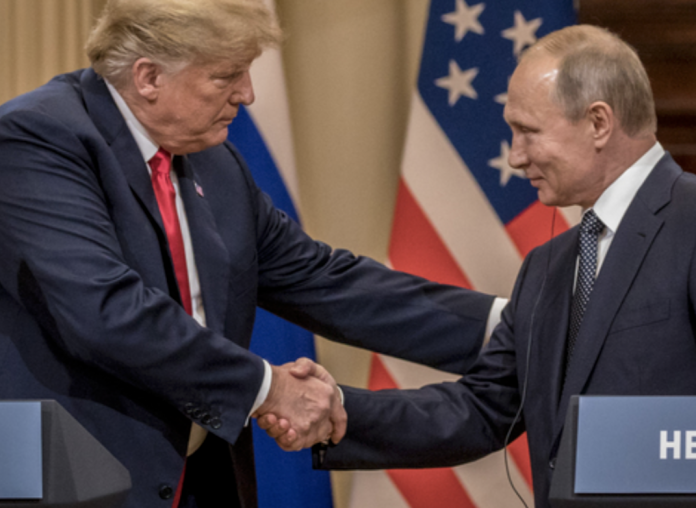 President Donald Trump shied away from referring to the Russian government as an “adversary” on Tuesday, reports The Hill.

Yesterday, Trump told Fox News that he aspires to “work together” with Russia. Moreover, the commander in chief affirmed that he does not wish to call Russia an enemy.

“I don’t want to use the word ‘adversary,‘” the president explained. “We can work together, everybody can do well and we can live in peace.”

Trump’s statements about the Russian government come after heavy criticism about his conduct at the Finland summit. Republicans and Democrats alike expressed outrage over his statements about Russia’s alleged meddling in the 2016 U.S. election. Some of the president’s critics have referred to his statements as treasonous, and thus called for his impeachment.

Throughout the president’s Fox News interview, he affirmed that he is not “pro-Russia.” Trump also stated that “getting along” with Russia would be a good idea, since Russia and the U.S. combined control 90 percent of the world’s nuclear weapons.

The Finland summit contributed to increasing political unrest surrounding the Russian government. Many Americans have concerns that Russia purposefully interfered with the 2016 presidential election. Some believe that Trump and his associates colluded with the Russian government. Although the president and his associates have denied these claims, not everyone is convinced. The Russia investigation remains ongoing.

Prior to the Finland summit, some speculated that Putin might be controlling Trump behind the scenes. Since the summit, these speculations have increased. The president’s critics have slammed him as appearing weak and bowing down to Putin.

Both Putin and the Russian government have denied claims of interfering with the 2016 presidential election.

The heated political controversy surrounding Trump and Russia is unlikely to subside anytime soon, especially after Trump’s recent comments. However, there is still disagreement between Republicans and Democrats on the topic.

Even though some Republicans did criticize the president’s behavior and comments at the summit, many right-wingers view allegations of collusion as sour grapes and resentment toward the president’s defeat of Hillary Clinton in the 2016 election.