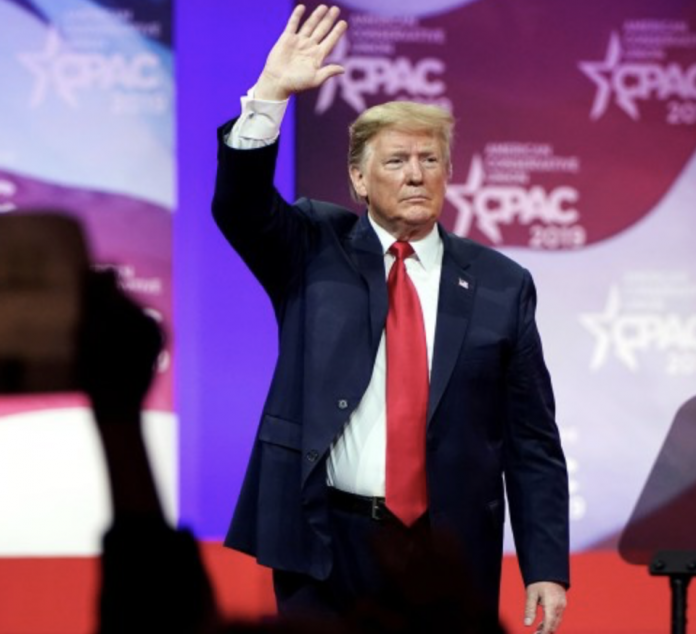 On Saturday, President Donald Trump delivered remarks to the Conservative Political Action Conference (CPAC) crowd. During his time on stage, the president discussed various issues and values which are critical to conservative Americans.

The national emergency declaration and vows for America to remain a capitalist nation served as two of President Trump’s main talking points. Both of these issues come at a pivotal time in this country; the president recently declared a national emergency to build his border wall following an unrelenting impasse with Congressional Democrats.

Preserving the capitalist roots of America is also a subject matter which conservatives cherish. Many on the right have expressed concerns about the left-wing becoming radical and pushing for socialist policies, such as the Green New Deal and the abolishment of private healthcare.

However, the president made clear that the United States will never succumb to socialism:

Trump then stated that the future of the nation is about freedom.

In additional segments, the president took shots at his political opponents and criticized the ongoing Russia investigation.

Conservatives at CPAC furthermore expressed pleasure after learning that President Trump will sign a free speech executive order very soon; this order will state that colleges and universities must allow free speech on all sides of the political aisle if they want to maintain government funding.

This news comes after increasing reports of conservatives facing censorship on college and university campuses. The president made very clear that this can no longer persist.

“We reject oppressive speech codes, censorship, political correctness and every other attempt by the hard left to stop people from challenging ridiculous and dangerous ideas. Instead, we believe in free speech, including online and including on campus.”