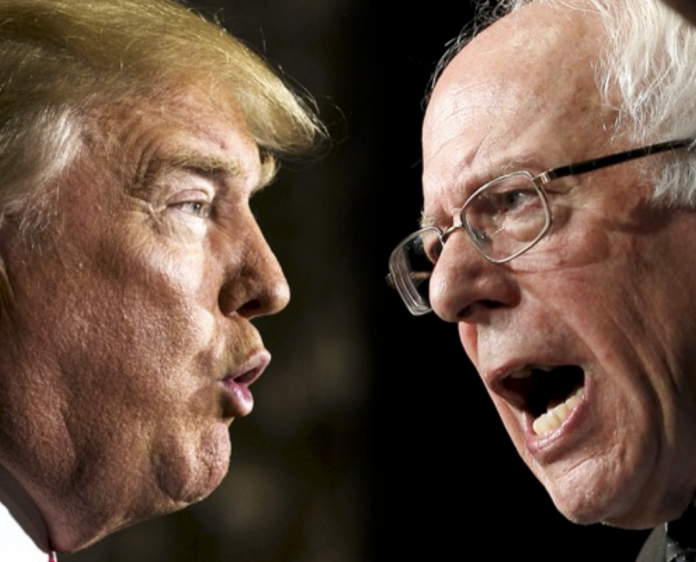 An Overview of President Trump on Medicare-for-All

The president shared his thoughts about socialized healthcare via Twitter:

Open enrollment starts today on lower-priced Medicare Advantage plans so loved by our great seniors. Crazy Bernie and his band of Congressional Dems will outlaw these plans. Disaster!

Yesterday marked the inception of the yearly enrollment time for Medicare. Enrollment will subsequently last until December 7, 2018. Like many Republicans and conservatives, President Trump has expressed grave concerns about “Medicare-for-All.” Last Wednesday, the president stated his views about the pitfalls of socialized employment via a USA Today opinion piece:

“The Democratic plan would inevitably lead to the massive rationing of health care.”

Trump then stated that hospitals and doctors would lose business, while senior citizens would “lose access to their favorite doctors.” The president furthermore warned of excessive waiting lines and denials of previously covered healthcare.

In the conclusion of the op-ed’s healthcare segment, Trump denounced “Medicare-for-All” as “an extreme, anti-senior, anti-choice and anti-consumer proposal for government-run healthcare.”

At this time, “Medicare-for-All” is a fairly popular proposal amongst Democrats. It has garnered support from 15 Senate Democrats and 123 House Democrats.

Republicans, Democrats, and Views on Healthcare

Many Democrats and progressives have pushed back against claims that “Medicare-for-All” would harm senior citizens. Following suit, Sen. Bernie Sanders fired back against President Trump’s claims. Sanders authored a USA Today opinion piece which slammed the president’s “propensity to lie about almost everything.”

Sanders then followed up by stating that Medicare-for-All will “expand benefits” for senior citizens. The Vermont senator moreover maintained that Trump “grossly distorted” what socialized healthcare truly stands for.

While Democrats aim to expand healthcare for all citizens, Republicans have expressed concerns that the quality of said healthcare will significantly decline. Like the president, right-leaning Americans have noted instances of longer waiting periods and loss of employment for healthcare professionals. However, left-wingers do not appear to view the aforementioned instances as problems associated with socialized healthcare.

Readers of The Hill weighed in with their own thoughts regarding “Medicare-for-All.”

“Trump’s 2.4 trillion tax cuts and expanded military budget could have paid for 80% of Medicare-for-all.”

“So Bernie why did California turn down State Single Payer??”

“Profiting on someone’s sickness just doesn’t seem right to me.