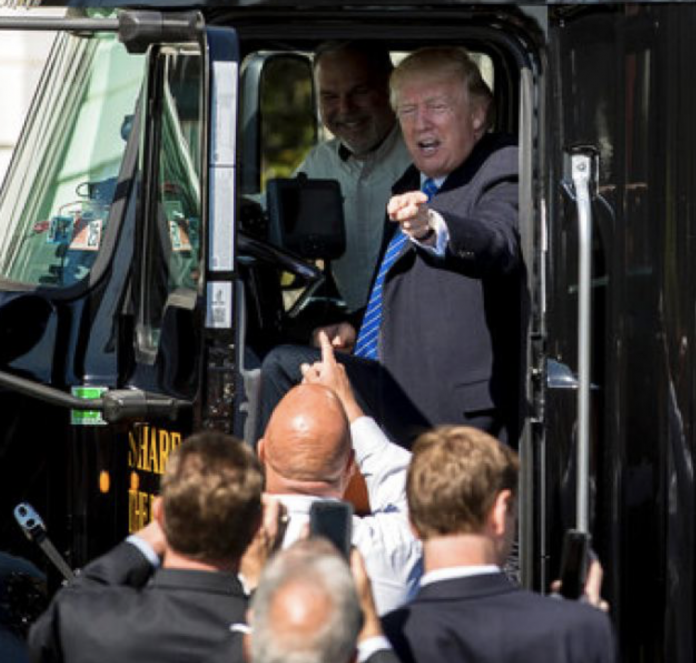 A Look at President Trump’s Statements

The commander-in-chief published the following tweets moments ago:

The reason that the small truck business in the U.S. is such a go to favorite is that, for many years, Tariffs of 25% have been put on small trucks coming into our country. It is called the “chicken tax.” If we did that with cars coming in, many more cars would be built here…..

…..and G.M. would not be closing their plants in Ohio, Michigan & Maryland. Get smart Congress. Also, the countries that send us cars have taken advantage of the U.S. for decades. The President has great power on this issue – Because of the G.M. event, it is being studied now!

Throughout Donald Trump’s run in the 2016 presidential election, he frequently discussed the paramountcy of jobs in America. Then-candidate Trump furthermore vowed to restore employment opportunities to people in this country. This promise particularly appealed to Americans who felt left behind and/or forgotten.

An Overview of U.S. Small Businesses, the Chicken Tax, and More

The inception of the chicken tax began in 1964 under the presidency of Lyndon Johnson. Put simply, the chicken tax serves as a 25% tariff on light trucks entering the United States. President Trump’s consideration of implementing the chicken tax on cars imported into America comes after General Motors’ decision to cease production in multiple North American plants and reduce up to 15% of their workers.

As previously stated, the restoration of U.S. jobs served as a central theme of Donald Trump’s run for the White House. Since his time in office, the president has taken various steps to follow through on the promises he made on the campaign trail. To date, more than 500 U.S. companies have reported salary increases, investments, and various bonuses. Moreover, the success of the Tax Cuts and Jobs Act prompted the termination of Obamacare’s individual mandate, boosted tax reductions for middle-income families, and engendered a 20% reduction of taxations on small business revenue.

General employment in the United States has also increased under the presidency of Donald Trump. There are over 300,000 additional jobs in the manufacturing industry and more than 337,000 new employment opportunities in construction.

Finally, unemployment claims are at the lowest point in America since 1973 and individuals who depend upon food stamps have lessened by 6.2% since January 2017.