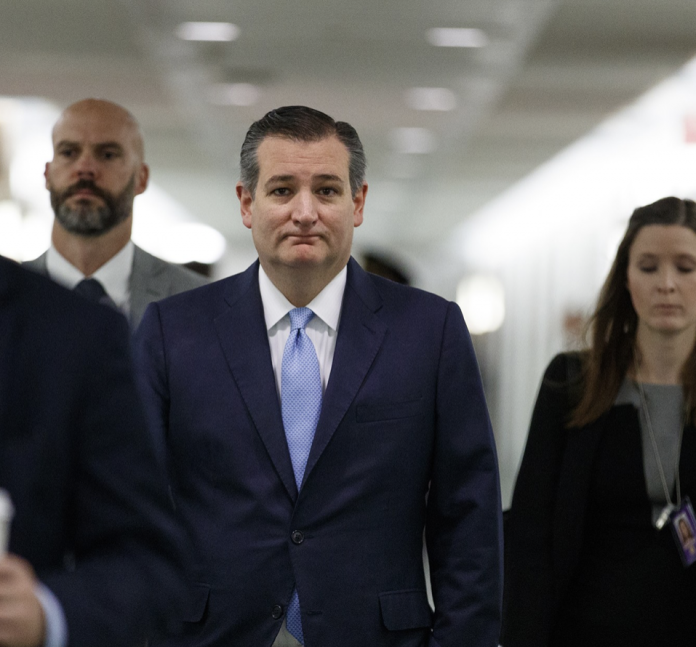 Over the course of the Trump presidency, various left-wing protesters have made headlines for harassing conservative public figures in various places. Conservatives who have faced this treatment include Eric Trump, Tucker Carlson, Mitch McConnell, Elaine Chao, and others. Furthermore, progressives feel as though their behavior is justified due to their disagreements with right-wing policies and reforms.

Sen. Ted Cruz is no stranger to incidents with protesters and on Sunday, he had another run-in. During his time at LAX airport, protesters swarmed Cruz and confronted him over his stance on immigration. This incident comes amidst controversy over the treatment of migrants at the United States Southern border.

Reviewing the Events Which Transpired at LAX Airport

Protesters rapidly bombarded Cruz, urging him to “free the children.” Progressives moreover stated that the senator has participated in locking migrant kids in cages. During the protests, Cruz can be seen simply standing and shaking his head a few times. At one point, the senator took a picture with a fan.

Voto Latino, a progressive organization, proudly posted a video clip of the harassment on their Twitter feed. The organization captioned the video by stating that politicians such as Cruz “don’t get to be comfortable in public.” The responses to the video were quite critical.

Politicians like @TedCruz that allow our people to be locked in cages don’t get to be comfortable in public. Those in positions of power must be held accountable for the treatment of children and families at the border. #CloseTheCamps pic.twitter.com/C8SFMovaDS

Response tweets noted that the conduct of protesters simply makes Cruz look like a victim. Other critics stated that progressives are simply aiding the GOP with behaviors such as this. Some of the feedback subsequently reads as follows:

This is disgraceful behavior.

This lack of civility does nothing to change the border situation. It only makes the people chanting look irrational bullies.

He loves this- feeds into his Christian persecution complex.

The Democrats are so worried about the people at the border they left for a 4 week vacation. @SpeakerPelosi is in Italy right now. But….whatever, keep voting for the very people who built the cages.

The Rise of Political Harassment

At this time, Ted Cruz has not issued a public statement in response to the events at LAX. However, the notion of making conservatives uncomfortable is not very new. Rep. Maxine Waters once infamously encouraged protesters to make crowds around conservatives and “push back on them” in public. Although Waters took heat for these statements, it appears as though many on the left internalized them.

As seen in the responses to Voto Latino’s video, there are still Americans who take issue with harassment driven by policy difference. People have also noted that making dissenting politicians uncomfortable in public can go both ways.