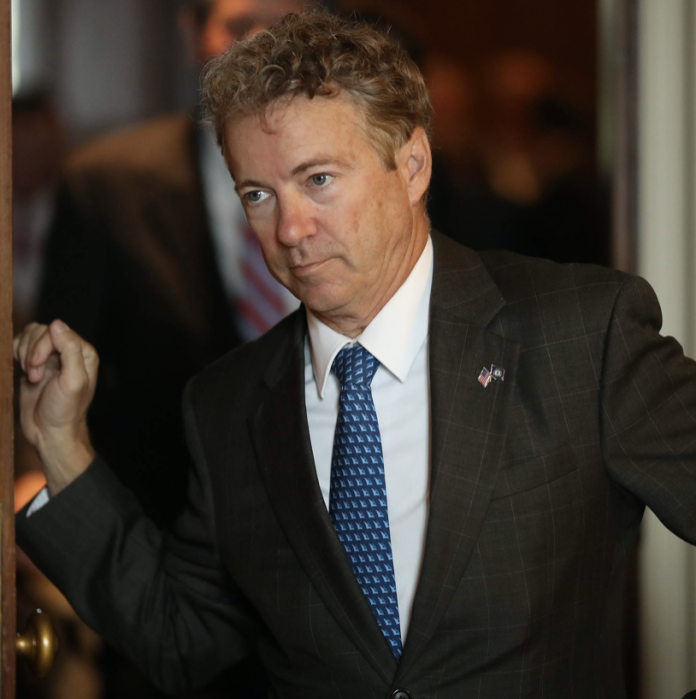 House Democrats are set to vote on the impeachment articles against President Trump later this week. Right now, the two articles allege that the president abused his power and obstructed justice.

The current crusade to impeach Trump is highly partisan and divisive. Congressional Democrats remain overwhelmingly supportive of these proceedings, while Congressional Republicans oppose them. Due to the Democrats’ control over the House, they are projected to garner the necessary votes to pass matters along to the Senate.

However, the Senate’s GOP majority poses a major issue for impeachment-happy House Democrats. Multiple Senate Republicans have come out against impeachment and vowed to vote against the aforementioned articles.

Like Mitch McConnell and other Senate Republicans, Paul expressed his belief that GOP senators will ultimately vote against impeachment. He also stated that Democrats are “criminalizing politics” by weaponizing their dislike for the president as a force behind underway impeachment proceedings.

The Kentucky senator moreover warned of the dangerous precedent which is set by partisan-driven impeachment crusades.

“I hope it doesn't devolve into…we either impeach or throw presidents into jail just because we don't like their politics. I think that will dumb down and destroy the country,” GOP Sen. Rand Paul says as articles of impeachment go to the House floor for a vote this week #CNNSOTU pic.twitter.com/wUu9wcg1Xt

In Paul’s own words:

When asked by CNN host Jake Tapper whether or not he believes Trump cared about the perception of corruption with Ukraine, Paul said yes. The Kentucky senator also noted that Trump’s phone call with Zelensky never involved a request for the latter to probe Trump’s “rival.”

Rand Paul is not alone in his outlook and perception of the current impeachment proceedings. Many Republicans have pointed out Democrats’ long pattern of talking about removing Trump from office.

The president himself has also noted the dangers of weaponizing the impeachment process for political reasons.

Despite the significant backlash, Democrats continue to maintain that impeachment proceedings are not about disliking President Trump. Very few, if any, conservatives or Republicans are buying it.