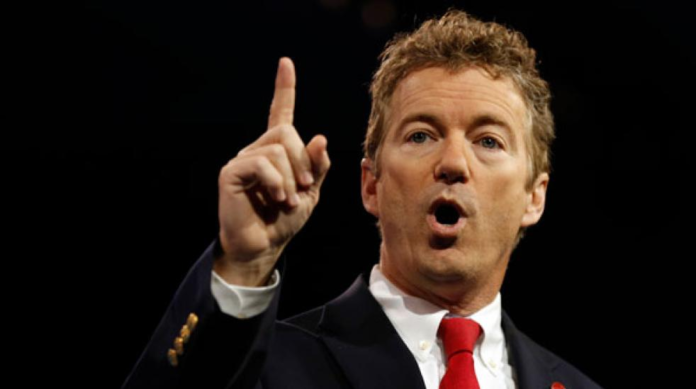 Healthcare is one of the most pressing, critical subjects in today’s political realm. Each politician has their own viewpoint on which reform measures are acceptable or unacceptable. Earlier today, Kentucky Senator Rand Paul made his stance on healthcare abundantly clear.

The Senator posted the following messages on Twitter earlier this morning:

“No one is more opposed to Obamacare than I am, and I’ve voted multiple times for repeal. The current bill isn’t repeal.”

“I won’t vote for Obamacare Lite that keeps 90% of the taxes & spending just so some people can claim credit for something that didn’t happen.”

“I won’t vote for Obamacare Lite that keeps 90% of the taxes & spending just so some people can claim credit for something that didn’t happen[.]”

“Calling a bill that KEEPS most of Obamacare “repeal” doesn’t make it true. That’s what the swamp does. I won’t be bribed or bullied.”

As noted by The Hill, Graham-Cassidy (inspired by Lindsey Graham and Bill Cassidy) is the latest reform which the GOP is promoting to repeal and replace Obamacare. Paul’s tweets came after President Trump expressed his wishes for Paul to support the proposed reform. However, Paul’s aforementioned social media posts indicate that he will do nothing of the sort. His biggest grievances with Graham-Cassidy are the financial aspects, mainly taxes and expenditures.

Despite Paul’s aversion to Graham-Cassidy, many Republicans are for it. Both the White House and the President fully endorsed the proposed reform. Other Republicans have yet to speak out against it. In order for Graham-Cassidy to successfully repeal and replace Obamacare, a total of 50 votes (including a vote from Vice President Pence) are required by September 30. If the GOP fails to secure the needed support, they will need 60 votes without any filibusters. Supporters of Graham-Cassidy note that the proposal terminates Medicaid enlargement and insurance endowments.

What happens going further remains to be seen. Additional reports will follow as new developments arise.