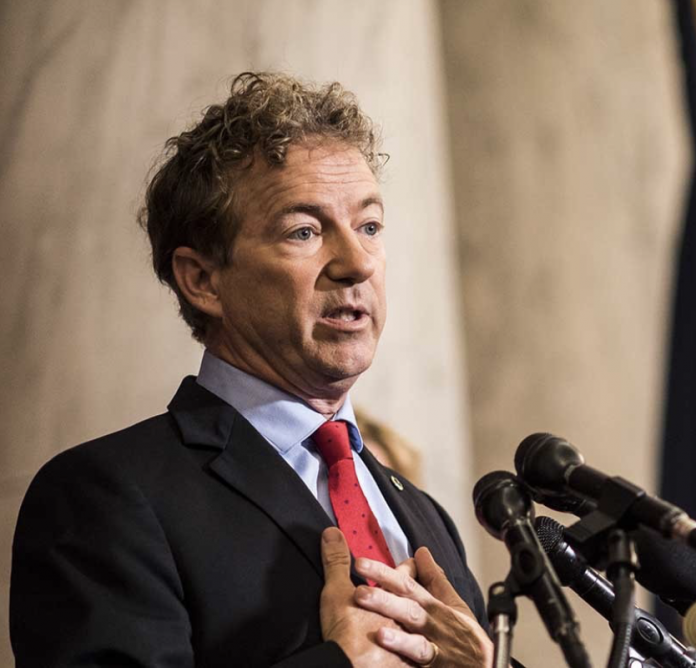 Since President Trump’s time in office, a series of events have happened. Some of those events just so happen to include the harassment of prominent Republicans and Trump aides. Americans have witnessed footage of progressive activists bullying right-wingers in restaurants, at events, and even outside of their homes.

The latest prominent Republican to face public harassment from the left is Kentucky GOP Sen. Rand Paul. On Friday, Paul went out to eat at a restaurant in California. During this time, two individuals who obviously have different political views spotted and recognized Paul.

Shortly thereafter, harassment of the senator ensued and was promptly captured on video.

What You Need to Know About the Harassment of Rand Paul

In left-wing circles and conversations, there is a lot of talk about diversity. However, it appears as though that love for diversity does not extend to diversity of thought.

During the incident in the California restaurant, the two individuals admonished Paul and even claimed that their actions weren’t rude. The video footage shows them telling Paul that “two people from New York” won’t be putting up with his “Republican bullsh*t.”

Throughout Paul’s time dining out, he did not do anything to provoke or instigate the verbal attacks which ensued.

See it all for yourself:

The left blames incivility on @realDonaldTrump. Watch this video and decide who the rude ones are… https://t.co/qtEx0wLH2A

Over the course of this month, Paul has spoken about his support of President Trump’s decision to withdraw troops from Northern Syria. This is a decision which many left-wingers have censured.

On Twitter, Paul called out Democrats for “[supporting] the Bush foreign policy.” The senator moreover noted that the left has previously adopted different positions on U.S. involvement in Syria, prior to Trump’s latest decision on this matter.

The world is officially upside down. Democrats now support the Bush foreign policy of preemptive war and occupation in Syria. Anyone remember the impassioned speeches against the Iraq War?

In addition to weighing in on the withdrawal of troops from Syria, Paul also warned against socialism. Not too long ago, the senator noted the various steps of socialism which always result in failure. Paul then stated that once socialism fails, Democrats allege that it wasn’t “real socialism.”

Paul’s remarks on socialism come amidst serious political debates about whether capitalism or socialism is most beneficial to Americans.