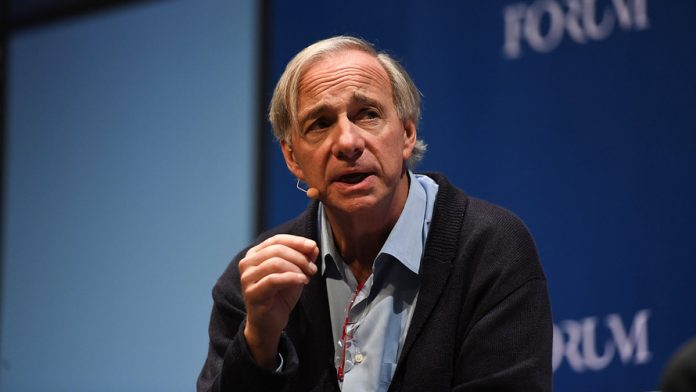 According to Ray Dalio, the Wall Street Journal just launched a hit piece on him that is fake news.

In a LinkedIn post Ray Dalio responded as follows:

Because this case is about me and about what’s going on at Bridgewater, because it is loaded with factual errors, and because it exemplifies the failure of too many writers and publishers in media to produce truth, I will describe what really happened so that you will understand.

The two writers of this article—Rob Copeland and Rachael Levy—had a goal and story in mind long before there were any facts. They are investigative journalists that The Wall Street Journal hires to dig up dirt on successful people and companies and to write negative articles about them. The Wall Street Journal and other publications don’t have investigative journalists write complementary articles on people because those articles don’t sell, which is why our country has no heroes (read my thoughts about this in my recent LinkedIn post). This case is especially interesting because one of the writers—Rob Copeland—had previously interviewed at Bridgewater and wasn’t hired because he wasn’t up to doing the job. Because we had concerns about his objectivity, we told The Wall Street Journal’s editors of this apparent conflict of interest and asked them to either remove him from writing about Bridgewater or to review his stories for accuracy. They refused to do either. You see, these writers want to write the stories they want to write in an uncontrolled way that they claim is their journalistic freedom, so there is no objective quality control process.

This lack of an objective quality control process is the main problem in “journalism” today. To make matters worse, those who know the true facts are reluctant to speak up because they are afraid to fight the media.

The way such investigative reporters work is to speak with everyone who will speak with them who is around the targeted person and/or the targeted company and gather whatever negative bits and pieces they can come up with. They hope for something big, but they will take whatever they get. For example, if they can get someone to complain about something that they can weave into the narrative they want to write, they will take it and use it. In the worst cases, as happened in this case, they threaten to disclose personal information or include the sources’ names in the story if the sources don’t deliver the “dirt.” After they collect these bits and pieces they send a “fact check” to the person or company that consists of questions that are the equivalent of “we hear that you have been cruel to this person,” which we all know is not true and the person who is supposedly being treated cruelly denies it. They then dismiss the on-the-record statements about the inaccuracies, saying that they are inconsistent with what they heard from their undisclosed sources. So, here we are reading statements that we know are wrong.

The way Bridgewater handles these “fact checks” is to have the writers put their questions in writing and we reply in writing so that there is a clear record of the exchange. I would be happy to show the exchange with reporters in this case to a fair judge of The Wall Street Journal’s accuracy.

The writers then proceed to write the article they want to write, which is a collection of these bits and pieces intended to paint a nasty picture of the person or company. In the article on me and Bridgewater, you will see this along with an odd collection of things that includes a photo of me at Burning Man and a photo of me and Diddy (who is a man I deeply admire and who I am honored to mentor at his request), woven together to portray me as an irresponsible person and ogre who refuses to let go of control of Bridgewater, which is causing lots of turnover at the top. Those who know me better than these writers can judge if I’m an irresponsible person. As for turnover at Bridgewater, while it is true that a number of people haven’t worked out, our three chief investment officers have been at Bridgewater for 45 years, 34 years, and 24 years, and our CEOs have each worked here for 10 years and they have fabulous relationships that include arguing a lot about what’s best and being good friends. I don’t know of any organization that has had more stable leadership at the top and at the same time has had more open disagreement to get at what is true and more idea-meritocratic decision making about what to do about it. That is what has made Bridgewater successful.

As for The Wall Street Journal’s claim that I’m refusing to let go of control of Bridgewater, I can assure you that that is not true and that if it was true, I’d tell you it was true. The one thing that I’m not accused of is not being straightforward. I can unequivocally assure you that one of the great joys of my life has been to have built Bridgewater from scratch by gathering an incredible group of people who can fight with each other about what is best for the company while still loving each other—and then to be able to transition Bridgewater to these people so that it will be successful without me. It is an indisputable fact that I have successfully transitioned the running of Bridgewater to the CEOs and have transitioned most of my economic ownership to my partners at Bridgewater. While I am currently a chairman and a chief investment officer, even in these capacities I am not in a position to make any unilateral decisions.