On Tuesday, the City of Huntington Park officially introduced the RoboCop to its police force— revolutionizing public safety and policing service.

Over the past several weeks, the RoboCop has been patrolling the Salt Lake Park. It has become an additional attraction while also serving a deterrent to criminal or disorderly activity in the park.

Members of the community first saw the autonomous data machine during the Huntington Park 5K event at the Salt Lake Park last month.

The RoboCop is equipped with a 360-degree video, providing extra set of eyes for the police department. Its job is to monitor public areas such parks, city building and corridors where officers may not have time to frequently patrol. The autonomous data machine is equipped with other sophisticated technology features that are beneficial to the police department’s daily operations and follow-up investigations.

In a statement, Huntington Park Mayor Karina Macias said: “I’m very excited that we can officially call on HP RoboCop to help our police officers patrol our city. This is a big accomplishment for our city and…can’t wait to see the public safety benefits it will bring to our community. ”

On the other hand, City Manager Ricardo Reyes commented that the autonomous data machine has “extremely impressive” features including its microphone and mobility to deter criminal activity and monitor large spaces.

Meanwhile, Police Chief Cosme Lozan stated, “The police department is proud to welcome HP RoboCop as an official member of the police force,. The extra help will definitely give the officers more time to focus on other community issues. I am confident he will fit right in.” 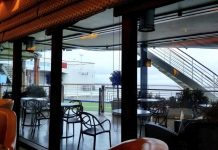 Cruise ship in California quarantined due to Coronavirus 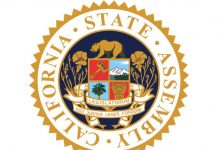