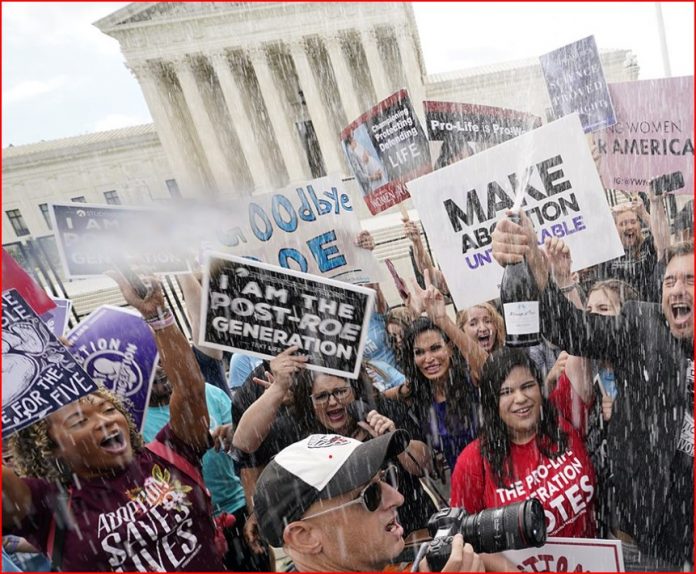 The crowd of protesters outside of The Supreme Court is continuing to grow after the court’s reversal of Roe vs. Wade. There is also a crowd celebrating the end of abortion rights as we know them. The decision was overturned in Dobbs v. Jackson Women’s Health Organization in a 6-3 ruling.

The Dobbs case that dismantled Roe, is related to a Mississippi law that bans nearly all abortions after 15 weeks of pregnancy.

And just like that abortion rights become a matter of state choice.

The nearly 50-year-old Roe vs. Wade decision made abortion in the first two trimesters of a pregnancy legal in the U.S.

According to the draft opinion leaked in May “Roe was egregiously wrong from the start,” conservative Justice Samuel Alito wrote in the majority opinion. And both the 1973 Roe case and 1992’s Planned Parenthood of Southeastern Pennsylvania vs Casey are being reversed.

A 6 to 3 ruling from Alito and five other conservatives on the high court, including Chief Justice John Roberts voted to toss Roe out.