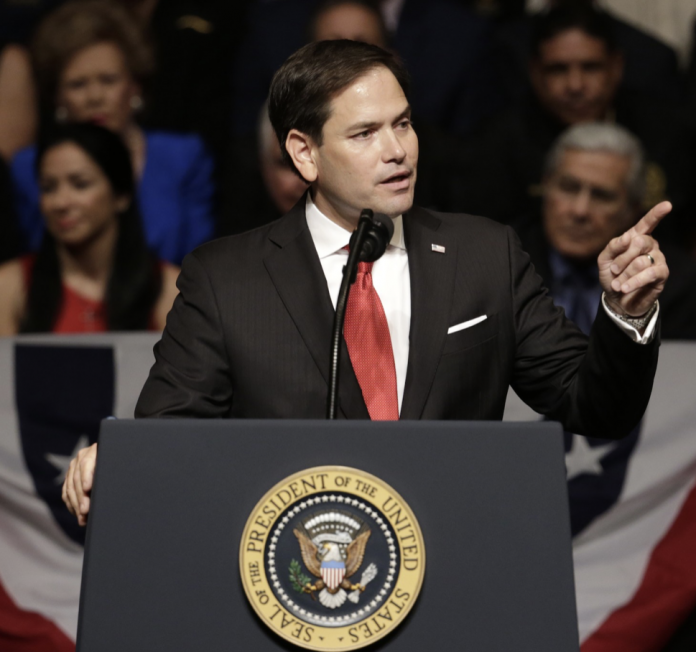 Moderates within the Democrat Party have taken heat from the right-wing due to the actions and rhetoric of progressives. Collectively, many conservatives maintain that Democrat leaders have a duty to rein in individuals within their party who lean towards the more extreme side. This idea has gained traction as various progressive Democrats within the House of Representatives have feuded with President Trump.

One of the latest critics is Sen. Marco Rubio. On Tuesday, Rubio censured Pelosi on policy matters and furthermore stated that she has allowed the “far left-wing” to set the tone for the Democrat Party as a whole. This is a concern which many other other conservatives have articulated in recent weeks.

Rubio on Speaker Pelosi’s Leadership of the Democrat Party

In essence Rubio stated that Pelosi’s failure to support a foreign policy bill is rooted in her need to appease the radical left-wing. Rubio also stated that far-leftists have set the tone for the House of Representatives.

In the senator’s own words: