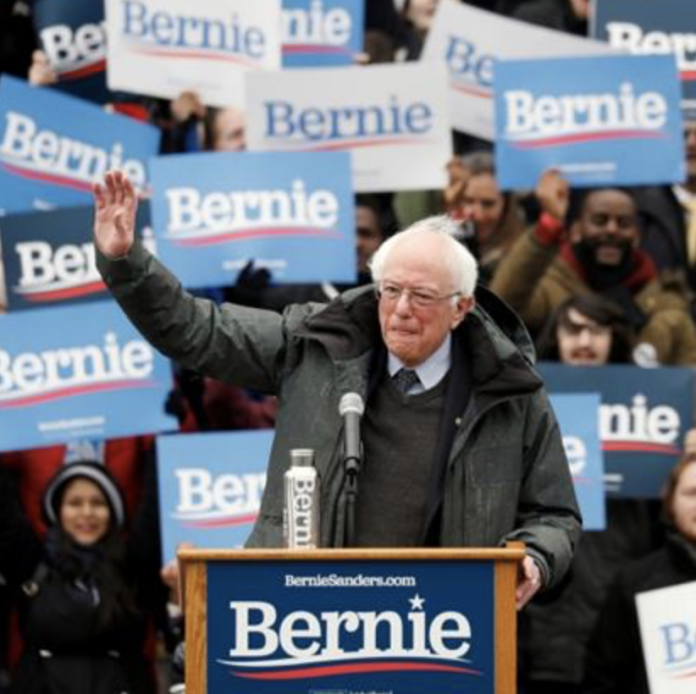 Later today, 2020 Democrat hopeful Bernie Sanders is scheduled to deliver a speech about what he regards as the merits of socialism.

The speech from Sanders will cover socialism and the policies which Sanders views as advantageous to America. These policies include free college, free healthcare, and a minimum wage of $15.00 per hour. It’s also worth noting that many Democrat candidates are supportive of the aforementioned reforms.

According to released excerpts from Sanders’ forthcoming speech, he will deliver lines which read as follows:

Then Sanders will continue with the following call to action:

“We must recognize that in the 21st century, in the wealthiest country in the history of the world, economic rights are human rights.”

In his forthcoming speech, Sanders will also likely censure the president. Like many Democrats, Sanders remains extremely outspoken regarding his dislike for Trump.

At this time, Sanders is competing against other Democrat candidates to win the nomination of his party. Already, the second leading presidential hopeful has managed to gain the support of progressives, unlike frontrunner Biden. However, the partisan primary election is a different ballgame from a general election. The former requires backing from only Democrats; the latter demands votes from people of various political affiliations.

Policies such as Medicare-For-All, free college, and increasing the minimum wage frequently face censure from those who lean right of center. Progressives believe these aforementioned policies will help Americans and the U.S. economy. Conservatives, on the other hand, affirm that progressive reform will exacerbate problems which working-class Americans face.

Sanders regularly takes hits from Republicans who believe that his message is not in alignment with the majority of Americans’ interests. Only time will tell whether or not Sanders wins the nomination to represent the Democrat Party in the general election.