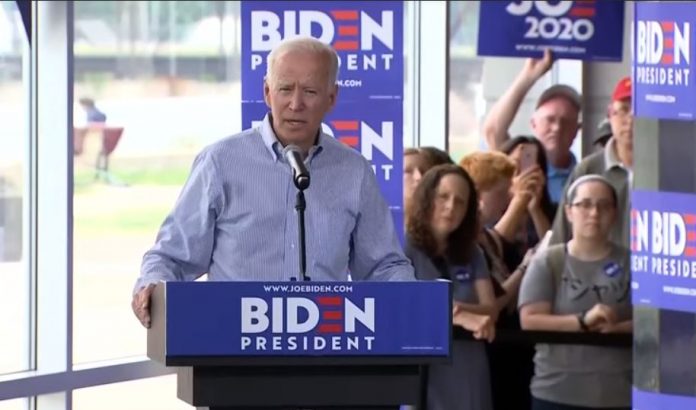 In his remarks, Biden said “Trump is an existential threat to America” and he will “forever and fundamentally alter the character of our nation” if he remains in the White House for four more years.

Biden explained that Trump poses a fundamental threat to America’s core values because he President supports groups that promote hate. According to him, the President’s response to the white supremacists, Neo-Nazis and KKK’s deadly Charlottesville riots and his policy at the border shows are examples that he is disregarding the America’s values.

Biden said, “White supremacists and Neo-Nazis and the KKK came out of the fields, their faces lit by torchlight, chanting the same anti-Semitic bile heard in Europe in the 1930s. They clashed with a group of brave Americans who had the courage to stand up to hate.

“Trump’s response: There were “very fine people on both sides.”

“We see it at the border where Trump has ripped children from the arms of their parents and put them in cages. This isn’t who we are. We hold these truths self-evident — that all men — and all women — are created equal. It’s the American creed. But Trump sneers at it. He thinks it makes us weak. He has no idea it’s what makes us strong—honesty, decency, treating everyone with dignity.”

Additionally, Biden said Trump poses a threat to United States’ standing in the world citing the reason that he’s the “only American President who has ever threatened to leave NATO.”

He also pointed out that the President never showed that he’s prepared to walk away from the thugs such as Presidents Vladimir Putin and Kim Jung Un, whom he embraced on the world stage.

“Instead, he gets up in the middle of the night to attack Bette Midler. He attacks the mayor of London. He attacks the American Speaker of the House. It was a stunning display of childishness for the whole world to see. But it wasn’t just world leaders that are watching. It’s our children. The behavior, the character of a President matter,” said Biden.

America’s democracy is at risk

“Everywhere you turn, Trump is tearing down the guardrails of democracy. It’s the abuse of power. And if there is one thing I can’t stand — it’s the abuse of power. Just look at what’s happening around the world. Dictators and tyrants are using Trump’s words to justify their own abuses of power in their countries. Trump’s goal is simple — discredit the news, discredit the free press — and he gets to run roughshod over America,” said Biden.

Biden also emphasized that the President is attacking law enforcement agencies and the independence of the Courts. He is also “completely ignoring the legitimate authority of the Congress.”

Biden told his fellow Americans that it critical to “re-set the Constitutional norms in this country.” He promised to “work with the Congress, work across the aisle and to seek consensus” to get things done if he becomes the next President.

He believes that no other nation can match the United States’ ability to lead the 21st century.

“The only thing that can tear America apart is America itself. Everybody knows who Donald Trump is. We have to let them know who we are. We choose hope over fear, unity over division, truth over lies and science over fiction. It’s time for us to pick our heads up and remember who we are. This is United States of America. There’s not a single thing we can’t do together,” said Biden.