Home America Schiff BEGS Republicans to Vote Against Trump: He’s “Not Who You Are!”
SHARE 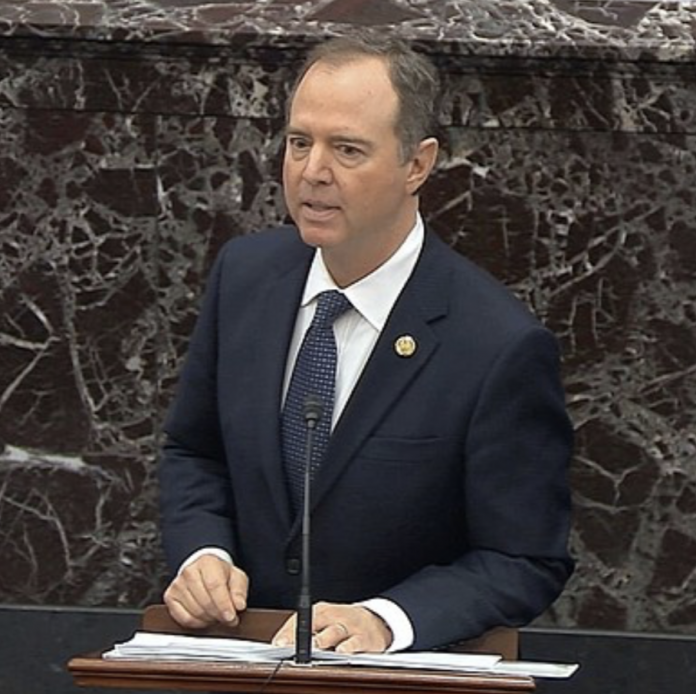 The Senate impeachment trial is coming to an end, at long last. On Friday, GOP senators voted against a motion to allow additional witnesses.

This prompted massive outrage from House Democrats who wasted no time in branding conservative lawmakers as “cowards” and regressing into other personal attacks against Republicans. Through it all, the GOP has stuck to their guns, remaining consistent.

Schiff’s new claim that Republicans are “decent” is a far cry from other labels that Congressional Democrats have used to describe the GOP as of late.

A Review of Schiff’s Appeal to Senate Republicans

Democrats do not have the votes to remove President Trump from office. This reality has not changed since the inception of impeachment proceedings. In spite of pushing impeachment through the House, Democrats failed to convince Republicans that the president committed any criminal acts.

The phone call where they allege a quid-pro-quo took place has not helped them. Both President Trump and his Ukrainian counterpart maintain that no pressure took place and no aid was denied.

On Wednesday, the Senate will vote to acquit the president. In the last-ditch attempt to change the upcoming acquittal, Schiff implored Republicans to reconsider. The impeachment manager declared that history won’t remember Trump — or anyone who votes to acquit him — kindly.

In Schiff’s own words:

“Truth matters to you. Right matters to you. You are decent. He is not who you are. History will not be kind to Donald Trump. I think we all know that. Not because it will be written by ‘never Trumpers,’ but because whenever we have departed from the values of our nation, we have come to regret it, and regret is written all over the pages of our history.”

In additional statements, Schiff accused Trump of “[betraying] our national security” and “[compromising] our elections.”

Michael Purpura, a defense attorney for the White House, noted that House Democrats’ case against Trump lacks appropriate proof. Purpura moreover maintains that voters should ultimately determine whether or not the president remains in office.