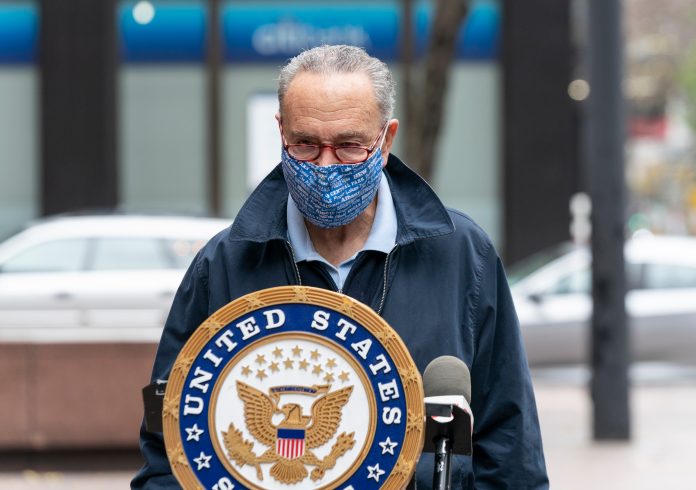 Many Americans find themselves financially bogged down by student loan debt. What’s really hurting Americans are the interest payments accompanying these debts; however, this is what borrowers signed up for when they took the money.

During his remarks at the summit, Schumer professed that with the mere “flick of a pen,” Biden can erase dues owed to the federal government by student borrowers. The Senate Majority Leader then proclaimed that Biden doesn’t need Congress to vote for this at all.

Schumer claims that Biden doing this would change countless lives of Americans weighed down by loan debt; however, despite these impassioned pleas, some Democrats do not share this view about Biden’s presidential powers.

Months ago, House Speaker Nancy Pelosi declared that it’s a common misconception that presidents have the power to strike down student loan debt. Pelosi explained that President Biden can “delay” debts owed, but lacks the power to forgive them all together.

Contrary to Schumer’s remarks, Pelosi noted that only Congress can forgive loan debt in the aforementioned context. Meanwhile, the president has not signaled any plans to strike down student loan debt.

When companies loan to college students, they do so knowing they’ll make massive profits from these loans via interest payments. Therefore, if a president — or even Congress — began collectively forgiving millions in student loan debt, loan companies wouldn’t care for it.

Later down the line, they could even stop offering student loans altogether. If there’s no profit to be made, then there’s no incentive to loan the money. Companies giving out these loans aren’t doing so out of the kindness of their hearts.

It appears as though Democrats like Schumer have not thought this far out.