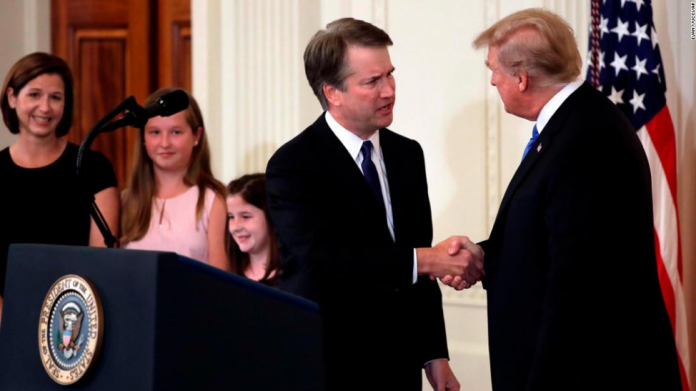 President Donald Trump’s nomination of federal appeals court judge Brett Kavanaugh for the Supreme Court on July 9 was the right choice. He’s expected to continue to support the president’s pro-business policies, which is good news for the American economy. Kavanaugh has a history of supporting deregulation and free enterprise, values the American republic was founded on.

It’s not surprising that small business groups have supported his nomination across the U.S. The National Federation of Independent Business and the U.S. Chamber of Commerce have both offered congratulations to Kavanaugh on his appointment. The majority of their members, and small business owners everywhere, share their support of Kavanaugh’s selection.

There are many reasons why business owners and entrepreneurs should feel positive about this potential appointment. Kavanaugh has a track record of supporting the ideals on which America was founded. He believes the judiciary’s role is to make judgments based on the original meaning of the Constitution and established precedent. It is not their job to create laws themselves.

The 53-year-old federal appeals court judge has a history of supporting the traditional interpretation of American law he so values. On 75 separate occasions, he’s ruled against over-regulation and helped to stop the creeping growth of anti-business sentiment in our country. There’s every reason to believe that this Yale Law School graduate will continue to side in favor of lower regulations and American free enterprise and against the growth of big government.

As a federal appeals court judge in the District of Columbia, Kavanaugh has had an influence on all levels of American law, including the Supreme Court. He hasn’t been afraid, to stand by his values even when taking on some contentious legal issues. In a 2014 ruling he reined in the FDA when it over-reached its authority. They had passed an order that forced a medical device manufacturer to remove a product used for knee replacement surgery from the market. Kavanaugh rightly ruled that regulations shouldn’t be allowed to block the introduction of medical innovations that can improve the lives of Americans.

Medical technology companies that help to develop new and innovative products will benefit from judgments like this. The FDA plays a vital role in the public health care process, but it’s important to keep their powers in check in favor of innovation. All Americans benefit when regulations are used sensibly, but not overused. Kavanaugh is the type of judge who will continue to ensure that over-regulation doesn’t interfere with the American entrepreneurial spirit.

America’s Constitution is one of its greatest strengths. Our Founding Fathers were some of the most creative and freethinking individuals of their time. That’s why the Constitution has held up so well over the years. Kavanaugh has shown on numerous occasions that he supports the Constitution and believes all legal rulings should be based upon interpreting the Constitution as it is written. It’s not the job of the judiciary to make amendments to it or right any perceived wrongs — that’s up to the legislature.

Our country is based on the rule of law and a belief in freedom. Kavanaugh has a clear understanding of this, as his record shows. He has consistently supported the Constitution, only passing judgments that support its meaning and established precedent. 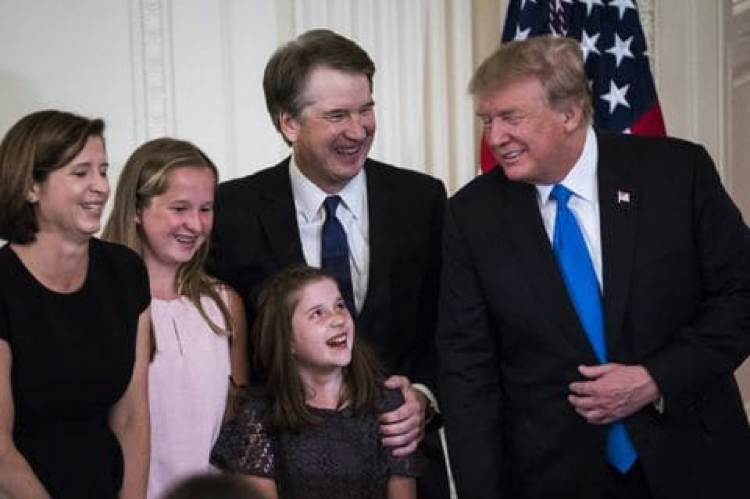 While Kavanaugh is clearly a conservative choice that Republicans will no doubt be happy about, he also has strong credentials that Democrats can get behind. He’s published legal articles and lectured at law schools. This is the type of man who takes every opportunity to read and expand his knowledge of American law. He’s not afraid to change his opinion when presented with new facts or evidence to the contrary.

There will no doubt be critics of this choice for the Supreme Court, but that comes with the territory. His pro-business leanings are clear in his many rulings against regulatory growth. That’s not something everyone is comfortable with. Many believe that we need greater regulation to protect things like the environment. America’s history suggests otherwise.

Ours is a nation of innovators. We have always valued individual freedoms over regulation and big government, and it’s these values that have made America the symbol of freedom to the world. A Supreme Court nominee who favors the continuation of these principles is good for America.

In recent years, we’ve lost our way a little bit. Greater regulation and over-taxation have become common themes. Trump has begun the process of turning things around and once again making America the entrepreneurial nation that it was in the past. The nomination of Kavanaugh to the Supreme Court is another step in that direction.