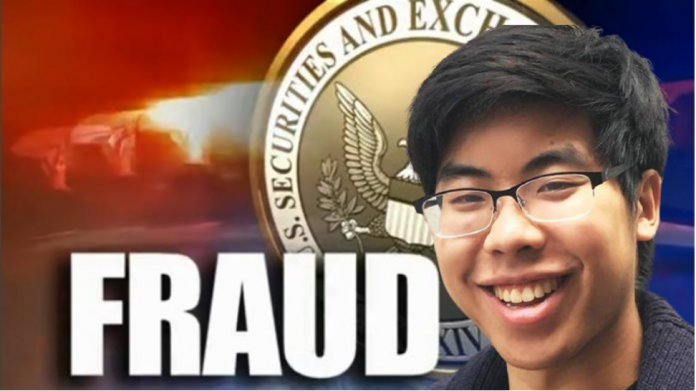 Stefan Qin is the sole owner of Virgil Technologies, the parent company of Virgil Capital
Montgomery Technologies, Virgil Quantitative Research, and VQR Partners. He controls and directs all of these companies.

He is an Australian citizen and a part-time resident of New York, New York, and is believed to be in Seoul, Korea.

According to the SEC, lured investors to invest in Virgil Capital’s two funds, the Sigma Fund and the VQR Multistrategy Fund by using materially false, and misleading statements. His deceitful conduct caused serious harm to investors.

The SEC obtained a court order imposing an asset freeze and other emergency relief to prevent Stefan Qin, Virgil Capital, and its affiliated companies from causing further harm to investors. The cryptocurrency hedge fund’s assets worth $25 million have been frozen.

In the complaint, the Commission alleged that the defendants defrauded investors of more than $92.4 million. Stefan Qin allegedly told investors that he will use their money for cryptocurrency trading based on a proprietary algorithm. He falsely claimed that his firm’s cryptocurrency funds consistently generated positive returns.

The SEC further alleged that the defendants used investors’ money for personal purposes and other undisclosed high-risk investments. They are defrauding investor in the Sigma Fund  since at least 2018 by lying to them about its assets, strategy, and financial conditions,

“Since at least July 2020, Qin and Virgil Capital have told investors who requested redemptions from the Sigma Fund that their interests would be transferred instead to another fund under the ultimate control of Qin but with separate management and operations, the VQR Multistrategy Fund LP,” according to the SEC.

However, the SEC noted that the defendants did not transfer any funds and the investors’ redemption requests remain outstanding. Furthermore, the 23-year-old CEO is allegedly “actively attempting to misappropriate assets from the VQR Fund and to raise new investments in the Sigma Fund.”

Kristina Littman, chief of the SEC Enforcement Division’s Cyber Unit said, “This emergency action is an important step to protect investor assets and prevent further harm. Qin allegedly made false promises to lure investors and then continued his deception to conceal his misuse of investor funds. “

Want to contribute a story? We also accept article submissions – check out our writer’s guidelines here.Sta