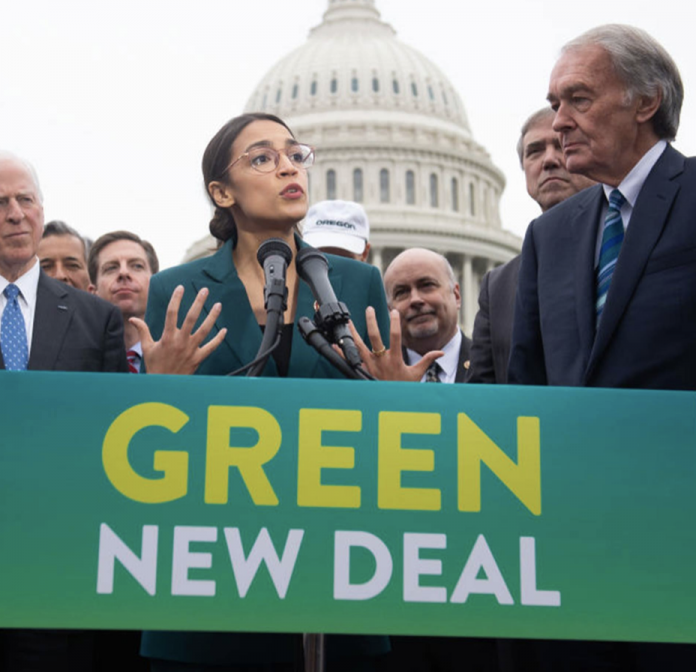 The Senate will commence voting on the Green New Deal as early as tomorrow.

Everything You Need to Know about the Upcoming Vote

The vote on the controversial Green New Deal comes at an interesting time. Over the past few months, the proposed legislation has attracted considerable amounts of criticism.

The right-wing has overwhelmingly denounced the Green New Deal as “socialism.” Moreover, even certain Democrats with moderate leanings have expressed concerns that the legislation is simply not realistic.

Interestingly enough, many Democrats who initiated and supported the Green New Deal are now unsupportive of tomorrow’s vote. For some reason, they believe that the vote is a ploy by Republicans. At least, this is what Sen. Ed Markey stated.

In Markey’s own words:

“This vote is a sham and little more than a political ploy to protect vulnerable Republicans from having to defend their climate science denial.”

Other Democrats have stated that they do not expect the Green New Deal to actually be voted into law while Donald Trump remains as president. Instead, the legislation is merely a “conversation starter.”

Why Don’t Democrats Want Votes on the Green New Deal?

Reactions to the upcoming vote on the Green New Deal have raised questioned in America. Many on the right-wing have noted the interestingness of Democrats opposing the vote for legislation which they overwhelmingly support.

Rep. Alexandria Ocasio-Cortez, a major champion of the Green New Deal, claims that the GOP is “wasting the American people’s time” by allowing a vote to take place.

“The GOP’s whole game of wasting votes in Congress to target others ‘on the record,’ for [legislation] they have no intent to pass, is a disgrace. Stop wasting the American peoples’ time [and] learn to govern. Our jobs aren’t for campaigning and that’s exactly what these bluff-votes are for.”

Attacks on the Green New Deal

The Green New Deal is widely regarded as radically far-left by many individuals. Furthermore, the legislation has called for a ban on air travel and gas-fueled cars.

One of the most contentious points of all called for providing economic aid to people that are “unwilling” to work. This also did not sit well with Republicans who tend to value hard work and keeping the fruits of one’s labor.

Additional updates about the vote on the Green New Deal will follow on USA Herald.