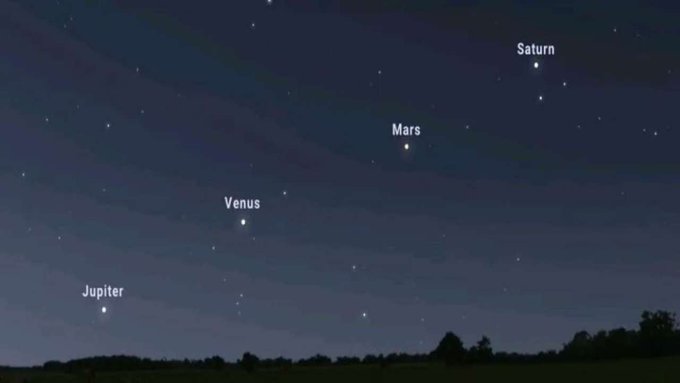 On April 16th a Pink Full Moon appeared in the night sky. And that was the opening door to a very rare skywatchers event. Four planets are set to align beginning April 17th. And it will last through April 24th.

This month the bodies are four planets. According to a NASA report, “At the beginning of the month, Mars, Venus, and Saturn were all visible in the early morning. Now, the trio is joined by Jupiter, and the four planets can be seen by the naked eye in a straight line for the rest of April, as long as city lights don’t intrude.”

The rare event is caused by a coinciding of each planet’s orbit around the sun. And they won’t have this exact conjunction again for years.

Venus circles around the sun in 225 Earth days. Saturn’s orbit takes 29 years. So, they won’t be lining up again for a while.