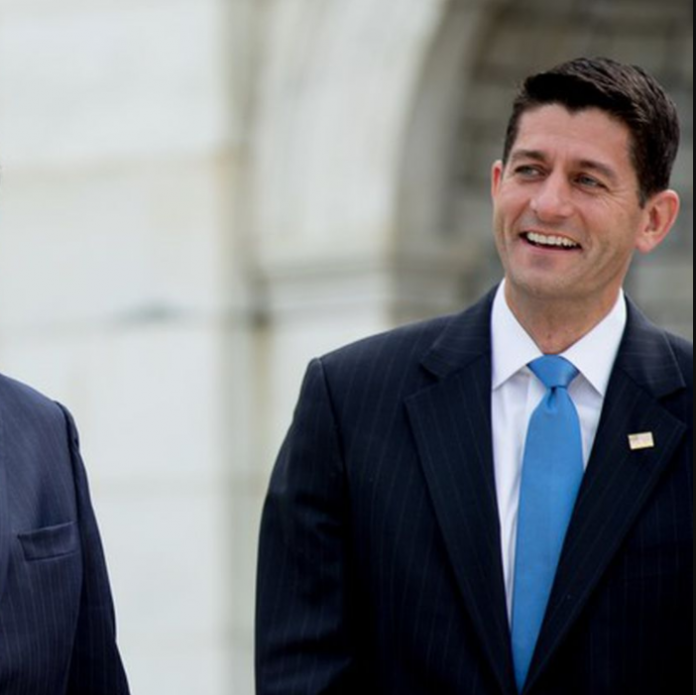 On Thursday evening, Speaker of the House Paul Ryan pressed Senate Minority Leader Chuck Schumer to steer clear of a government shutdown, as reported by The Hill.

Following the House of Representatives’ approval of a spending bill designed to keep the government functioning, the House Speaker delivered the hereinafter remarks:

Speaker Ryan then proceeded to affirm that if a government shutdown occurs, Democrats will be responsible for it:

“I ask the American people to understand this: The only people standing in the way of keeping the government open are Senate Democrats. Whether there is a government shutdown or not is now entirely up to them.”

The threat of a government shutdown continues to loom over the nation as a result of a dispute between Congressional Republicans and Democrats. While most Republicans are eager to halt a government shutdown, Democrats appear more concerned about minor illegal immigrants. Moreover, Democrats are pushing for legislation which will ensure that these young immigrants can remain in America. However, Republicans’ priorities remain with funding the creation of the Southern border wall.

The House Speaker furthermore stated that DACA will be addressed in upcoming weeks:

“[The Democrats] are just holding this critical funding hostage for a deal on a completely unrelated immigration issue. Yes, we need to address the DACA program, and we are engaged in good-faith negotiations as we speak, but that deadline is weeks away.”

What Happens When the Government Shuts Down?

National monuments and parks will shut down as will Smithsonian museums. Applications related to the Federal Housing Administration and Bureau of Land Management will also face temporary delays along with the processing of VISAs and passports.

Despite the aforementioned consequences of a government shutdown, both Republicans and Democrats are standing their ground.