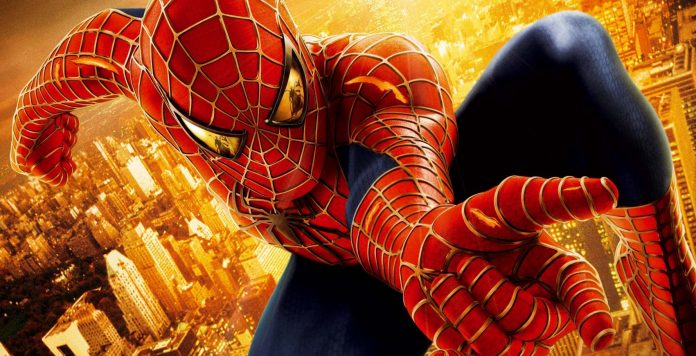 ‘Spider-Man: No Way Home’ breaks box-office records. It hit No. 6 on the all-time global international box office of all time. The movie has made $1.6 billion since it’s December 17th release. And passed Jurassic World and The Lion King to get there.

The Marvel-Sony sequel is part of the Marvel Cinematic Universe (MCU)’s Phase Four. The superhero chronicles explore the concept of the multiverse.

This weekend the superhero officially became the number 6 highest grossing movie ever. It ranks as the fifth box-office win in 6 weeks.

The latest “Scream” slasher film exceeded $30 million in its debut last weekend. “Scream” only made $12.4 million at theaters this weekend. And that allowed “Spider-Man” to reclaim the top spot.

The blockbuster Marvel movie made $14.1 million in domestic cinemas between Friday and Sunday. And there is still a huge international demand from the movie theater crowd.

Spider-Man may be the most popular superhero of all-time. In September 2021 the first-ever Spider-Man comic sold for $3.6 million.  And now the Spider-Man flicks are hitting new highs.

The blockbuster which continues the saga of Marvel’s superheroes stars Tom Holland, Benedict Cumberbatch, Zendaya, Jacob Batalon and Marisa Tomei. And there are surprise appearances by previous heroes and villains introduced in the other Spiderman films.

This is by far the highest-grossing movie to be released in the last 2 years. In person attendance and complicated filming requirements have been problems during the COVID-19 pandemic.

Many films in production have experienced delays and release dates during the pandemic are hit-and-miss. Other movies went straight to streaming services to debut.

Leaks and rumors were viral before the film hit the big screen. The guest appearances and storyline were much debated by eager fans. And the trailer for “Spider-Man: No Way Home” garnered over 355 million views within 24 hours of its online release.

The movie tells the story of a younger version of Peter Parker becoming more mature.  Since Peter’s identity has been revealed to the public he struggles with the overwhelming publicity and is hounded by the paparazzi.

An unmasked Spider-Man has trouble with the false claim he murdered Mysterio. Peter tries to return to his normal life. And returns to his high school.

Peter can face the consequences for his double life, but he can’t stand the fallout to those he cares about.

Then the chaos ensues. And this superhero’s epic tale promises to deliver thrills and excitement in a time-bending part of the multiverse. And new fans are going to be livestreaming all the MCU Spider-man films.