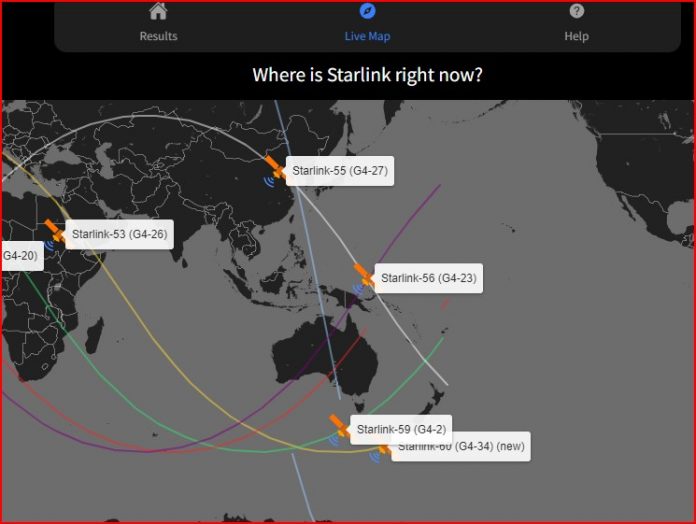 Texas Skywatchers saw a series of lights traveling across the night skies on Monday. No worries, this was not a UFO, it was a Starlink Satellite Train. And if there is ever any doubt, in the future, use the Starlink tracker to find out.

There were wide reports of UFOs around 9 p.m. CST.

It was reported that the lights followed each other in-flight-formation, as they flew. And they were visible for about 3 minutes.

The light show was provided free of charge by SpaceX. And Texans were seeing Starlink-60, which launched Sunday.

The website Find Starlink tracks satellites in orbit. And the Starlink Satellite Train showed up on the Satellite Tracker over North Texas.

This was part of the SpaceX launch of 54 more satellites on Sunday night.

According to the app, the next chance to see the satellites pass over the DFW metroplex will be around 6 a.m. on Thursday in the northwest sky.

SpaceX owns and operates the Starlink system. For 2 years now they have been sending out the Starlink satellites into low-Earth orbit. The ultimate goal is to deliver high-speed internet anywhere on the globe. The Starlink internet service now has over 400,000 subscribers.

On Saturday 34 Starlink satellites were launched by the Space Agency. Saturday’s mission from Complex 39A was the first of two quick succession liftoffs. And it was powered by the Fleetleader Falcon 9 which has flown 14 successful missions, so far.

This was the sixth launch and landing of this reusable Falcon 9 first-stage booster. It has previously flown missions for Crew-3, CRS-22, Turksat 5B, and CRS-25.

They flew from Space Launch Complex 40 (SLC-40). And they were seen over Texas on Monday night.