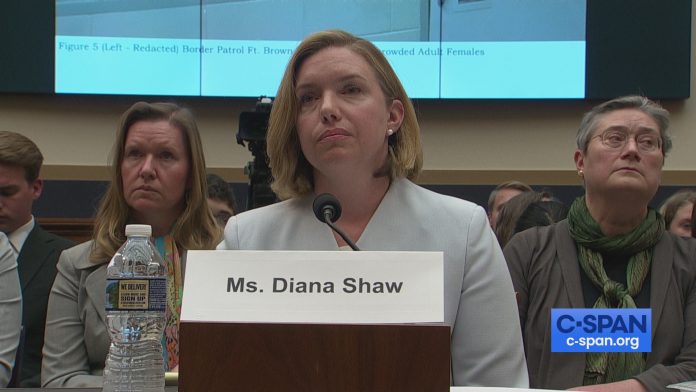 Diana Shaw, the State Department’s inspector general, announced a series of reviews into the Biden administration’s withdrawal from Afghanistan.

Shaw notified Congress on Monday.  As acting inspector general, her office will start an internal review. The focus will be on the emergency evacuation of the US Embassy in Kabul, the visa program, and the end of US military and diplomatic relations with Afghanistan.

The IG reviews will focus on the State Department’s Special Immigrant Visa program; Afghans processed for refugee admission into the U.S.: the resettlement of those refugees and visa recipients; and the emergency evacuation of the U.S. Embassy in Kabul according to Secretary of State Antony Blinken’s October 15th action memo.

This review “to include evacuation of U.S. citizens and Afghan nationals,”  Blinken said.

Shaw’s notification letter stated that “Given the elevated interest in this work by Congress and the unique circumstances requiring coordination across the Inspector General community, I wanted to notify our committees of jurisdiction of this important work.” She sent the letter to leaders of the Senate Foreign Relations Committee and House Foreign Affairs Committee, as well as to intelligence committees in both chambers.

Lawmakers are specifically interested in the State Department’s SIV program. It was launched in 2009 for  Afghan interpreters, their families, and others who worked for the U.S. government. It was supposed to provide a pathway to immigrate to the U.S.

The SIV program has been bogged down with delays and bureaucratic challenges. And prior to the August evacuation, there were over 18,000 applications stuck in the pipeline.

The IG of the Pentagon has also launched at least three reviews into the evacuation of Afghanistan. It‘s possible other agency IG’s and watchdog units will soon undertake probes to sort out the confusion. And to reveal exactly what happened.

The Pentagon’s inspector general said its three reviews involve taking a look at the drone strike in Kabul that killed 10 civilians instead of an Islamic State target. Review the DoD’s screening process for Afghans displaced by the evacuation.  And perform an audit of DoD support for the relocation of Afghan nationals.

The Special Inspector General for Afghanistan Reconstruction is also going to probe the events. Most critics claim that a failure to properly coordinate among multiple departments and agencies caused the chaos. When  President Joe Biden ordered an immediate and full withdrawal of U.S. forces from the country, each department was still in the process of preparing to leave.

When questioned about the IG’s memo, State inspector general spokesperson Ryan Holden confirmed the areas the IG investigating will take place.  But he disputes the idea that the probes meet the watchdog’s technical definition of an “investigation.”

“State OIG notified its committees of jurisdiction today of planned projects in the areas you mention,” Holden claims. “This work will be conducted in coordination with other members of the IG community. However, it is inaccurate to say that these projects are investigations. We indicated to Congress that these projects will be“ reviews.”

A growing number of congressional panels already launched separate probes into a variety of issues of the U.S. withdrawal from Afghanistan. And IG investigations, which will be called reviews, are evaluating if the withdrawal was poorly planned and executed.