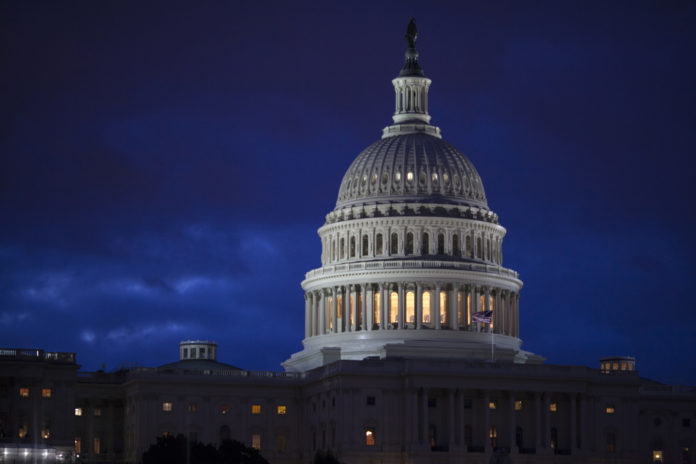 On Thursday morning, the House Republican Caucus narrowly agreed on a budget that gets the ball rolling on long-prosed tax reform. Republicans overcame internal division and staunch opposition from Democrats to reach a consensus.

A Close Vote with GOP Dissent

Twenty Republicans dissented and zero Democrats were own board. The vote (on substance, not on actual law) came close to razor-thin: 216-212. The structure of the bill would wind down federal tax income by $1.5 trillion over the next ten years. “It shows the strength of the willingness to get tax reform done,” said House Majority Leader Kevin McCarthy (R-Calif.)

Part of the GOP’s tax plan is to reduce or eliminate state and local tax deductions from federal taxes. Many of the GOP dissenters (12 total) represent high-tax states like New York, New Jersey, and Pennsylvania. Therefore, residents of these states would be hit hard in tax season if the government rolled back those deductions.

GOP leadership wound up whipping enough of its members in line. A meeting was scheduled for Wednesday night to address hold-out congressmen. This meeting was canceled as a result of enough votes being secured.

Tough Road Ahead to Tax Reform

Many Republican congressmen and women voted for the proposal simply to keep the process moving towards tax reform. There have been many indicators that a more concrete agreement will be needed for any actual bill to pass. If 20 Republicans were willing to vote to hold up even the discussion, it’s rather reasonable to think many more would follow at a real vote. Rep. Tom MacArthur (R-NJ) echoed this sentiment:

“I know, and they know, that there were people that voted yes only to keep the process going forward but who disagree with the fact that we don’t have a deal yet.”

The GOP plan to scale back local tax deductions is both a political speed trap and also the lynch pin to the tax plan. Residents in high-tax states like New York are able to deduct their taxes payed to the state from their federal liability. If the GOP gets rid of that requirement, those residents would be paying much more federal tax as a result. Furthermore, this would generate an estimated one trillion dollars over the coming decade. This increase would offset proposed GOP tax cuts to various brackets.

The House Budget Committee drafted a budget plan that cut $200 million in spending over 10 years and was deficit neutral. The Senate plan has no such spending cuts, but has tax breaks that would add $1.5 trillion to the debt over the years.

It remains to be seen which plan will win the day when a tax bill is finally unveiled.