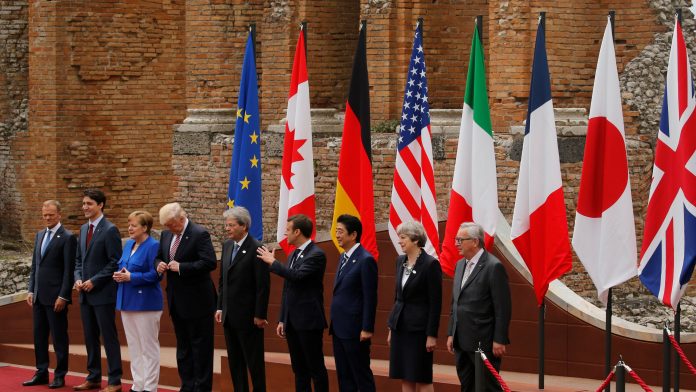 World stocks dropped on Friday. This happened because of the expected trade tensions and their dominance on this weekend’s meeting of G7 countries.

Analysts expect the U.S. to have more rate hikes. The European Central Bank is expected to wind-down their huge financial stimulus. Investors says all of this contributes to the risk-off tone.

It’s expected that the U.S. Federal Reserve is going to raise their interest rates in the next week. If this happens, this will be the second hike this year. Experts expected that there would be three rate increases this year, but this is hinting at four now.

Policymakers in the ECB are having a meeting on June 14. According to the bank’s chief economist, they will discuss if they have to end bond purchases in this year. This message made the euro a hit in emerging markets and sent it to a three-week top.

However, markets will have to wait for the results from the G7 summit in Quebec before those meetings. The expected risk of a tax war between the U.S. and its most important trade partners will be the most important thing to look out for.

Officials announced that this summit is probably going to be very intense. President Trump said that taxes are very important to protect the industry in the U.S. However, the European Union and Canada stated that those taxes aren’t legal. The countries have prepared to retaliate if needed.

Emmanuel Macron, the French President, warned Trump on Thursday. He said that other members of the G7 can easily form their group if it is needed. He also added that nobody is forever.

Craig Erlam is an OANDA markets analyst. He said that investors can’t be hopeful that the allies are going to avoid an escalation and reach an agreement.