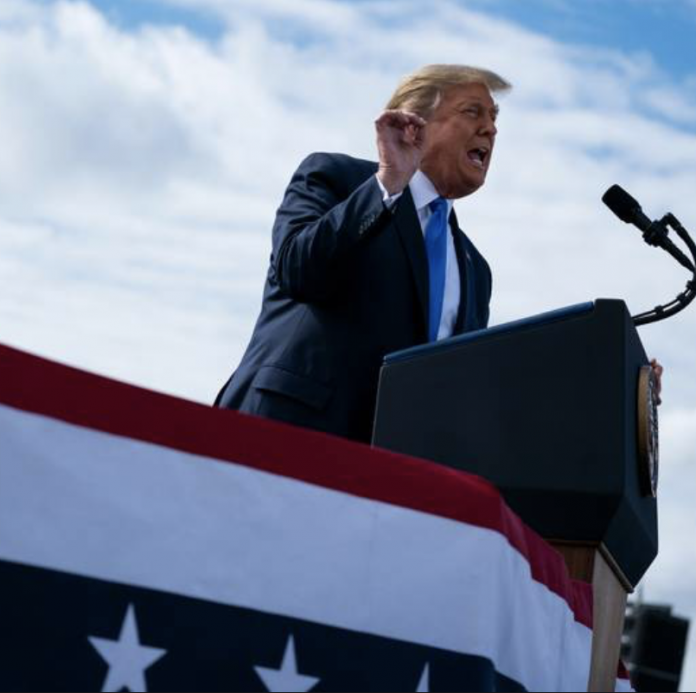 With a little more than one week remaining until November 3, President Donald Trump and Former Vice President Joe Biden have limited time left to make the case for their presidential candidacies.

The president has continued to host his rallies in different parts of the nation; Trump’s adult children are also traveling across the country to promote his candidacy. Many of his supporters have moreover attended rallies hosted by Vice President Mike Pence.

Meanwhile, the Biden campaign is also hard at work. Former President Barack Obama has campaigned for Biden multiple times. Ultimately, Obama is urging the Democratic base to vote blue and ensure that Trump doesn’t win another four years in the White House.

However, the polls indicate that blocking the president’s second term just might be easier said than done. According to a series of polls following the final presidential debate, the president is leading Biden in critical battleground states.

In Florida, Arizona, and Michigan, Trump is beating Biden by multiple points. Florida shows the president with 49% support to Biden’s 47% support; meanwhile, a similar story rings true in Arizona and Michigan.

Trump’s support in Arizona is actually at 50% while Biden trails at 47%. Finally, Michigan shows 49% for Trump and 47% for Biden.

The president has campaigned extensively in battleground states, as has the vice president and various members of the first family. Last week, Trump even traveled to Florida to engage in early voting, while urging other Sunshine State residents to do the same.

Early voting and the rest of the 2020 presidential election

At this time, millions of Americans already voted early, either in person, via absentee, or by mail. Early voting is something that both campaigns are urging Americans to do.

All presidential debates are over and this week will mark the final rounds of Trump and Biden campaigning. On Sunday, the president spent time in New Hampshire discussing his various policies; a few examples of policies presented by Trump include reducing drug prices, lowering taxes for the middle-class, and restoring jobs back to the economy.