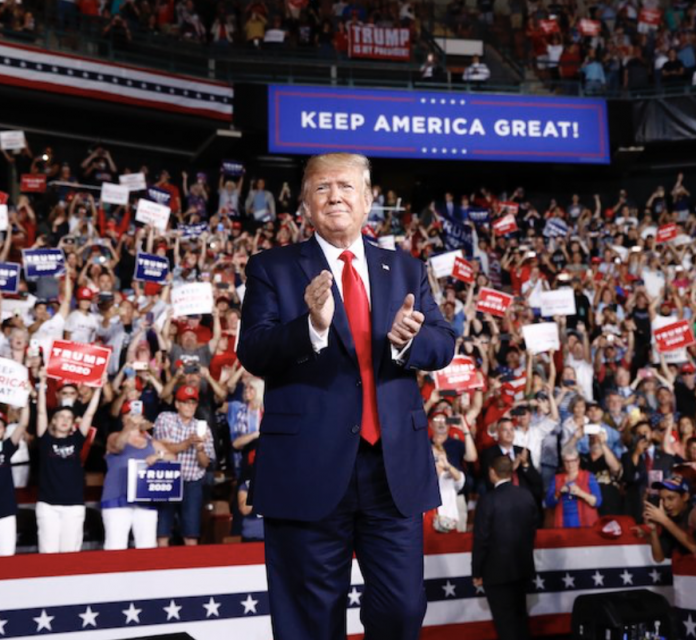 Since President Trump’s time in the political arena, he and CNN have maintained a difficult relationship with one another. During Trump’s 2016 campaign, he stated that CNN and other outlets intentionally misreported stories which pertained him.

When critics questioned the media’s prospective motivations for purposefully spreading mistruths regarding then-candidate Trump, he and supporters cited pushing Hillary Clinton to victory as the motivation. Even after Trump ascended to the position of president, his relationships with outlets like CNN and others have remained strained, to say the least.

Prior to the weekend, the president hit CNN again, stating that an interview with the network would serve as “disloyal” to Americans who support him.

Reviewing the President’s Statements on a Potential CNN Interview

Trump expressed the aforementioned thoughts about a CNN interview while speaking on the Fox News radio show. The president has yet to do a sit-down interview with CNN since his time in office; although he conversed with the network during his 2016 campaign for the White House.

On Thursday, the president expressed the following hesitations about interviewing with CNN:

President Trump and CNN have sparred with one another since the former’s time in the White House. Many supporters of the president also remain critical of CNN and the manner in which the network covers stories regarding Trump and conservatives. Despite pushback from his critics, the president regularly brands CNN and other left-leaning networks as “fake news.”

Pushback Against Claims of Fake News

Over the past year or so, critics of the president have stated that his censure of the press is not supportive of the First Amendment. This claim increased in frequency after Trump branded certain press outlets as “the enemy of the people.”

When challenged, the Trump administration has pushed back against criticism. During Sarah Sanders’ time as White House press secretary, she directly addressed these concerns. Sanders affirmed that the media has a responsibility to report fairly and accurately.

Backers of the president also note that criticizing the press is within the rights of the people.