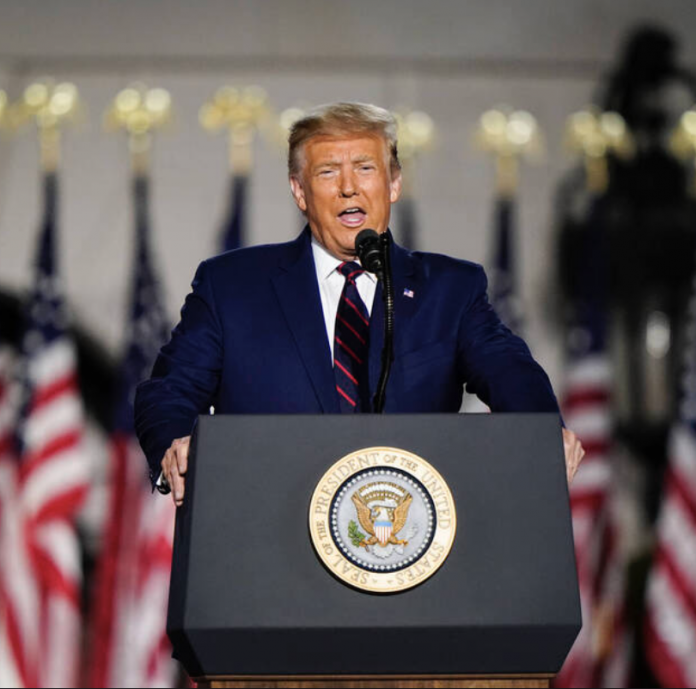 The Republican National Convention (RNC) continues to have a serious impact on President Trump’s re-election. The GOP reports raking in a grand total of $76 million during the convention.

Throughout the RNC, conservative speakers talked about the nation, opportunities, the American Dream, policy matters, and the paramount nature of re-electing President Trump. Republicans also spoke about the dangers of crime and defunding police, asserting that this nation would perish under Biden’s leadership.

Hollywood actor Michael Moore has stated, in no uncertain terms, that Democrats ought to be worried about the enthusiasm for the president. Taking to social media, Moore noted that Trump and Biden are each polling at 47% in Minnesota; the leftist activist also pointed out that the president is narrowing the gap between him and Biden in national election polls.

Moore’s concern is not mutually exclusive to national polls though. The Hollywood actor also noted that Biden does not have the enthusiasm among his base that Trump himself maintains.

Finally, Moore asked whether or not the Democrat Party is prepared for another “Trump victory” and to be “outsmarted” by the 45th president yet again.

The Hollywood actor then wrapped up his post by warning the left that relying on the Democratic National Committee to oust Trump is not enough; imploring Democrats across the nation to “ACT NOW,” Moore stated that each person on the left must “get a hundred people out to vote.”

Photos online surfaced with giant crowds awaiting both Trump and Pence. Both the president and vice president discussed the importance of another four years of the current administration. Pence directly explained that the Trump administration will fight to preserve jobs in the auto and manufacturing industries.

Both Trump and Pence also warned of the dire consequences to follow if Joe Biden wins the 2020 election. Meanwhile, the former vice president has yet to schedule a new, in-person campaign event.