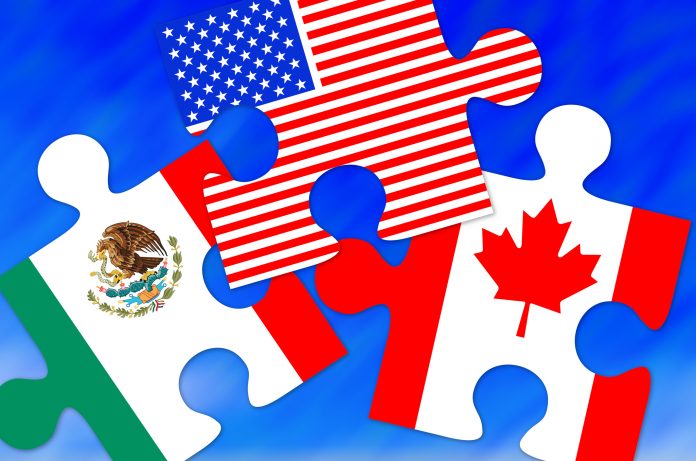 President Trump said that he is intending to delay making a revised North American Free Trade Agreement until late this year. He says that delaying will help the U.S. gain a more profitable deal with Mexico and Canada. Some wonder if the delay is also a political move to help more Republicans win the midterm elections.

Reasons for His Timing

On Sunday, President Trump said that he could sign an agreement with our closest neighbors now, but he doesn’t want to. He says that he wants to negotiate for fairer terms. Part of the negotiation process is letting his increased tariffs on exports to the U.S. play out for a few months.

The President also said that he wants to wait until the elections are over. Experts disagree on why he set this timeframe. Some think that he simply wants to let Canada and Mexico know that a deal will be months in the making. Others think that it is because he is busy dealing with North Korea, Russia, and campaigning for Republican nominees. Still others say that he wants to delay in case the final deal turns out badly. An unfavorable deal for U.S. manufacturing and business could rally Democrats to the polls and disenchant Republicans.

As part of Trump’s recent tariff increases, he targeted aluminum and steel coming south from Canada. Our northern neighbor retaliated in turn on Friday by increasing tariffs on billions of dollars’ worth of American goods.

Not one to back down from business negotiations, Trump warned that the trade war could continue for some time. Sunday morning, he spoke about the possibility of increasing tariffs on Canadian-made vehicles and auto parts. He specifically pointed to cars as his next target.

Many view Trump’s increased tariffs as a way to rock the boat and force Mexico and Canada to sign a more favorable NAFTA agreement. Perhaps Trump will offer to lower the tariffs in exchange for better trade terms with the two countries.

The goal of a revised NAFTA agreement is to boost American manufacturing. The President aims to win businesses back to the states after they relocated production to Mexico.