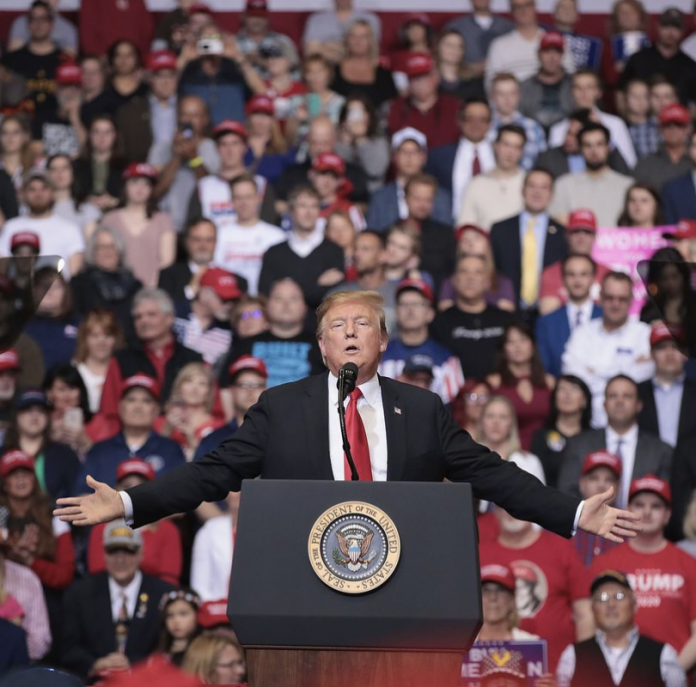 U.S. President Donald Trump on Monday took a swipe at the Supreme Court for its move to allow an extended count of Pennsylvania mail-in ballots postmarked by Election Day. The chief executive claimed the move would lead to violent unrest.

“The Supreme Court decision on voting in Pennsylvania is a VERY dangerous one,” Trump tweeted just hours before Election Day. “It will allow rampant and unchecked cheating and will undermine our entire systems of laws. It will also induce violence in the streets. Something must be done!”

The Supreme Court decision on voting in Pennsylvania is a VERY dangerous one. It will allow rampant and unchecked cheating and will undermine our entire systems of laws. It will also induce violence in the streets. Something must be done!

Pres. Trump called the decision a “deep disappointment” even as he reiterated his criticisms in a campaign rally that the high court made a “very dangerous decision, according to Politico.

Twitter, however, pushed back on Pres. Trump’s claim, hiding his tweets behind a misinformation warning that calls the tweet “disputed.” The giant social networking service also disabled non-quote retweets, likes, and replies for the hidden tweet.

Facebook, on the other hand, added a disclaimer to Pres. Trump’s post, saying that voting by mail and voting in person has a “history of trustworthiness” in the country.

The Republican party has waged a legal onslaught against voting rights throughout key states in the past weeks, in a bid to shore up the reelection chances of Pres. Trump.

Last month, the Supreme Court junked the party’s request for a stay on a Pennsylvania court decision that would allow ballots to be counted up to three days after Election Day. The justices ruled 4-4 not to issue the stay, allowing the state to go through with counting those votes.

Trump insisted that mail-in votes are prone to fraud

While election experts say it’s rare in U.S. polls, President Trump and his Republican allies claim that mail-in votes are prone to fraud.

As Americans opted to vote absentee amid the raging coronavirus (COVID-19) pandemic, the chief executive has repeatedly insisted that the election results should be determined by the evening of November. 3 as he cast doubt on the legitimacy of mail-in voting.

Cities across the U.S. including Philadelphia and Washington, are reportedly planning rallies after the election. Rings of barriers have also been placed around the grounds of the White House.