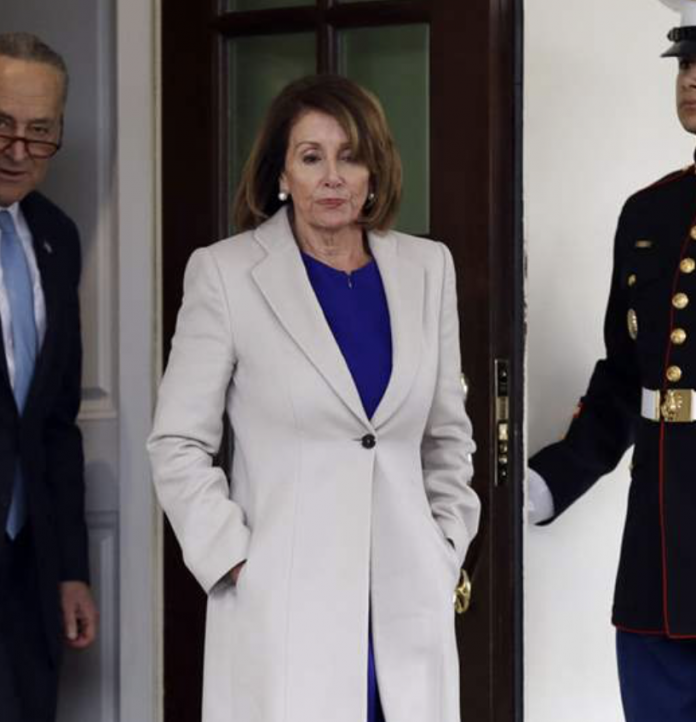 A Closer Look at the President’s Question

The president of the United States issued the question about Pelosi’s pay via Twitter.

Why is Nancy Pelosi getting paid when people who are working are not?

However, the new Speaker of the House fired back, asserting that Trump is holding federal employees as “hostages.”

.@realDonaldTrump, stop holding the paychecks of 800,000 Americans hostage. There is no reason for them to be suffering right now. Re-open the government! #TrumpShutdown https://t.co/3yQ3B9fOOn

Since the inception of the government shutdown, President Trump and Democratic leaders have faulted one another. In the days leading up to the shutdown, Trump, Pelosi, and Schumer publicly bickered with one another regarding legislation to keep government open.

The president maintained that Democrats needed to include $5 billion dollars for a border wall in any proposed bills to keep government open; however, Democrats refused, denouncing a barrier at the Southern border as wasteful and ineffective. Neither side relented, thus prompting the government shutdown which commenced on the evening of December 21, 2018.

With the shutdown gradually approaching its one-month milestone, there is still no apparent resolution in sight. Both sides remain committed to their positions. President Trump is not budging on garnering the funding for his promised border wall. Likewise, Democrats are still fighting tooth-and-nail to halt the funding of a barrier.

Since Democrats assumed their majority in the House of Representatives, they have attempted to pass legislation to re-open government. However, none of their bills included funding to go towards a barrier at the Southern border. Senate Majority Leader Mitch McConnell has informed Democrats that the Senate will not consider legislation which fails to meet President Trump’s approval. In layman’s terms, this means that bills which lack funding for the border wall will face automatic dismissal from the Senate.

As the government shutdown lags on, a greater spotlight is being shined on the plights of federal workers. Many of them are struggling financially and even turning to food banks in order to feed themselves and their families. TSA employees have launched protests at airports; the Trump administration is even facing a lawsuit from a group of federal workers who claim that being forced to work without pay violates the 13th Amendment.