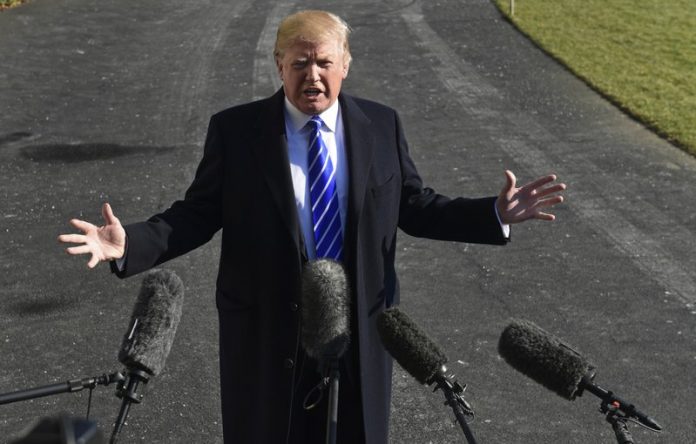 President Donald Trump rejected the request of Sen. Lindsey Graham (Republican-South Carolina) to temporarily reopen the government and get a deal for border wall funding.

“Before he pulls the plug on the legislative option, and I think we’re almost there, I would urge him to open up the government for a short period of time, like three weeks…see if we can get a deal. If we can’t at the end of three weeks, all bets are off—see if he can do it by himself through the emergency powers,” said Graham

In response, Trump told reporters that he is “not interested” with Graham’s suggestion. “I don’t want to just delay it. I want to get it solved,” he said.

The partial government shutdown is now on its 24th day, the longest in the country’s history. Trump’s $5.7 billion demand for border wall funding is the primary sticking point in the negotiations to reopen the government.

Last week, Trump walked out of a meeting with Democratic Leaders to end the shutdown. He called the meeting with House Speaker Nancy Pelosi and Senate Minority Leader Chuck Schumer a “total waste of time.”

Pelosi said the President is “insensitive” to the situation of over 800,000 federal workers affected by the shutdown. Schumer said Trump is “cruel” and “callous” because he is “using millions of people as sort of pawns.”

Majority of Americans blame Trump for the shutdown

Earlier this month, Trump threatened to keep the shutdown for months or even years until he gets funding for the border wall. He said, “We won’t be opening [the government] until it is solved. We think this is a much bigger problem. The border is a much more dangerous problem…We won’t be doing pieces. We won’t be doing it in drips and drabs.”

Last month, he said he will take the blame for the shutdown over his demand for border wall funding.

Recent surveys showed that a majority of Americans are blaming the Trump for the shutdown.

A Quinnipiac University poll showed that 56 percent of American voters said Trump and Republicans in Congress are responsible for the shutdown.

A Washington Post/ABC poll found that 53 percent of Americans blame Trump and congressional Republicans for the shutdown.

A CNN poll showed that 55 percent of Americans are pointing their fingers at Trump and Republicans for the shutdown.

A Reuters/Ipsos poll showed 51 percent of Americans blame Trump for the shutdown.

On Monday, the President is passing the blame to Democrats for the shutdown. He told reporters, “The Democrats are stopping people from getting paid” — 800,000 federal workers furloughed or working without pay during the 24-day partial government shutdown.”

He also tweeted, “Nancy and Cryin’ Chuck can end the Shutdown in 15 minutes. At this point it has become their[s], and the Democrats, fault!”