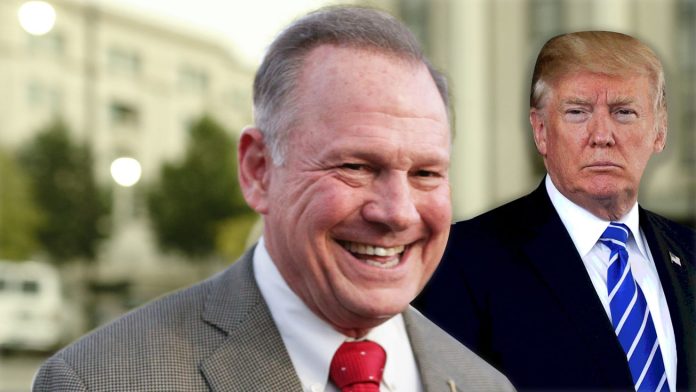 On Friday, Trump briefly spoke to reporters while departing the White House to attend the FBI National Academy graduation. When asked about Moore, the President said he should accept the result of the election. He said, “I think he should. He tried. I would certainly say he should.”

On Thursday, Trump called Jones and congratulated him on his victory. He expressed willingness to work with the newly-elected senator for Alabama, according to the White House.

In a tweet, the President acknowledged Jones’ “hard fought victory.” He noted that the write-in votes played a big factor in the election, but emphasized that a win is a win.

Congratulations to Doug Jones on a hard fought victory. The write-in votes played a very big factor, but a win is a win. The people of Alabama are great, and the Republicans will have another shot at this seat in a very short period of time. It never ends!

On Wednesday, Jones said he had a phone conversation with Trump. According to him, “He invited me over to the White House to visit as soon as I get up there. Very nice phone call, very pleasant phone call, and I appreciated him very much reaching out to me.”

Additionally, he said, “He congratulated me and my staff on the way we handled this campaign and went forward. And we talked about finding that common ground to work together.”

In a video message, Moore continues to refuse to concede citing the reason that the race is still very close. He said the military and provisional ballots are not yet counted. The Alabama Secretary of State is yet to certify the vote count.

Jones tells Moore to “move on”

During an interview with NBC’s Today, Jones said Moore should “move on.” According to him, “I understand the frustration a little bit. It is a close race, but I’d say ‘Look, it’s time to move on.”