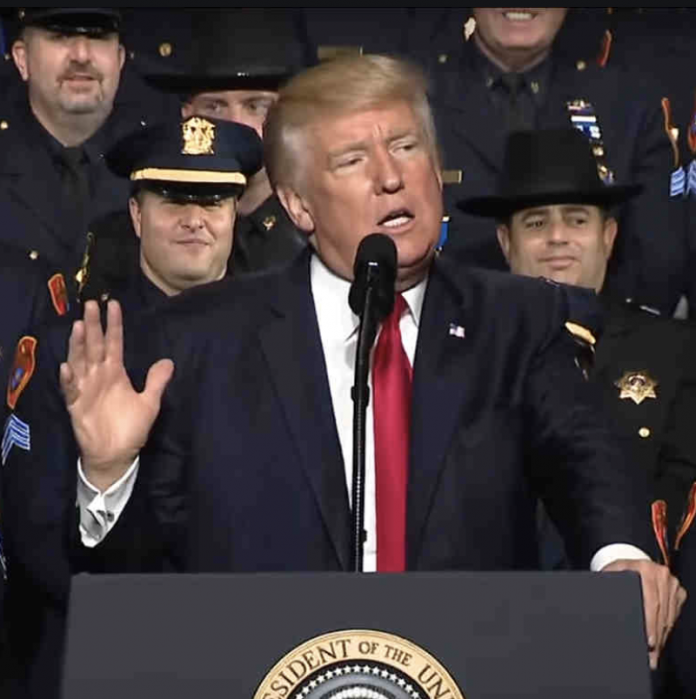 Over the past week, criticisms of the law enforcement community have reached shocking levels.

Following the death of George Floyd on Memorial Day, certain individuals have taken it upon themselves to start riots. These riots continue to escalate with police officers dying and otherwise facing serious danger as they work to keep matters from getting too out-of-hand.

Violent demonstrators have also defaced buildings with graffiti, looted businesses, and torched cars and buildings. As governors and mayors work to help cities come back from the damage, the left-wing isn’t done.

One of the Democrats’ latest demands entails the collective defunding of police officers; this demand subsequently prompted censure from President Trump via Twitter on Thursday afternoon.

Why Does the Left Want to Defund the Police?

On the political left, the narrative of police officers being evil and racist remains alive and well. Over the past almost two weeks now, many rioters who defaced buildings with graffiti have done so with anti-police rhetoric. Some examples include, but are not limited to “F*ck the police,” “kill a KKKop,” and worse.

The far-left group known as Black Lives Matter remains as one of the most outspoken critics against law enforcement. On the Black Lives Matter website is a call to defund police officers; likewise, a BLM group in Los Angeles gathered outside of the mayor’s home earlier this week, urging him to scrap funds for the Los Angeles Police Department.

In light of all this, President Trump had some words for the Democrat Party and its aggressive anti-police speech. Earlier today, Trump slammed the left for pushing for policies that would increase the presence of crime; the president also reminded Americans of his strong support for law and order.

The Radical Left Democrats new theme is “Defund the Police”. Remember that when you don’t want Crime, especially against you and your family. This is where Sleepy Joe is being dragged by the socialists. I am the complete opposite, more money for Law Enforcement! #LAWANDORDER

As the left calls to defund law enforcement, police officers are facing bullets and death during these violent rallies. In spite of this, law enforcement still remains under orders to oversee demonstrations and protect the lives, businesses, and safety of Americans.

Many conservatives have pointed out that it’s easy to hate the police until you need them. Others have suggested that those who abhor law enforcement officers should not call them, in the event of unforeseen circumstances.