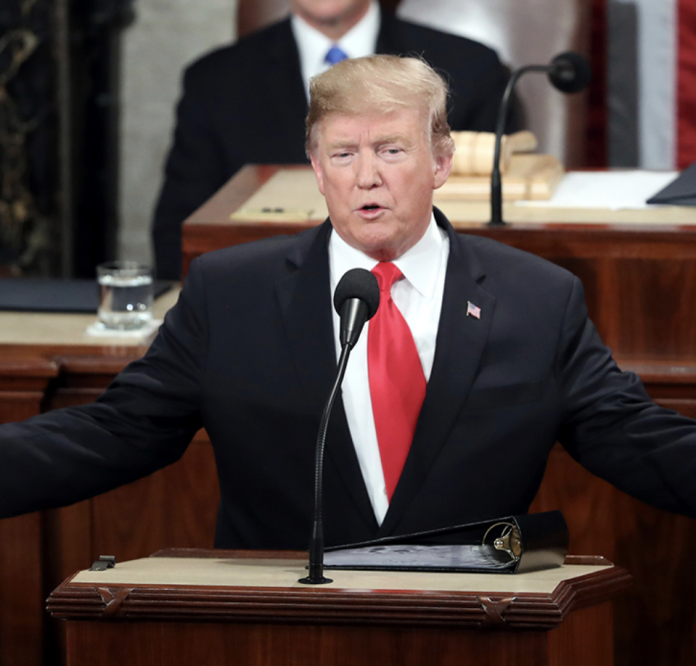 Although the president frequently criticizes his political adversaries, today’s statements largely pertain to how Democrats have handled illegal immigration and the results of the Russia investigation.

Trump on the Democrats

The president stated that Democrats viewed Mueller as a “god-like” figure which would bring about his downfall. In a different tweet, Trump furthermore declared that no amount of evidence will suffice for Democrats who want him to be guilty of colluding with the Russian government.

Robert Mueller was a God-like figure to the Democrats, until he ruled No Collusion in the long awaited $30,000,000 Mueller Report. Now the Dems don’t even acknowledge his name, have become totally unhinged, and would like to go through the whole process again. It won’t happen!

There is no amount of testimony or document production that can satisfy Jerry Nadler or Shifty Adam Schiff. It is now time to focus exclusively on properly running our great Country!

A few hours later, the president also let Democrats have it for what he views as their lack of action regarding illegal immigration.

In President Trump’s own words:

After many years (decades), Mexico is apprehending large numbers of people at their Southern Border, mostly from Guatemala, Honduras and El Salvador. They have ALL been taking U.S. money for years, and doing ABSOLUTELY NOTHING for us, just like the Democrats in Congress!

“I haven’t seen any Democrats down here at the Border working with us or asking to speak to any of us. They have an open invitation. We are getting overrun, our facilities are overcapacity. We are at an emergency crisis.” Art Del Cueto, National Border Patrol Council.

The manner in which Democrats have reacted to the Russia investigation findings has attracted some backlash. President Trump and other conservatives believe that Democrats simply want him to be guilty no matter what.

Moreover, as Trump stated, much of the right-wing also thinks that Democrats lauded Mueller as this icon to bring about the end of the Trump presidency. Since the inception of Trump’s time in office, countless Democrats have called for his impeachment. The left-wing also vowed to resist Trump and asserted that Russian collusion prompted his 2016 election victory.

Republicans and Democrats remain highly divided as it pertains to illegal immigration. The right-wing has accused Democrats of taking lax to non-existent stances on unlawful entry into the United States. Some conservatives even alleged that the left-wing harbors political motivations for not taking a hardline stance on the issue.

When talks about illegal immigration come up, Democrats generally resort to emotional appeals. Many on the left focus on the reasons which motivate people to sneak across the border or otherwise enter America illegally.

In previous conversations, Democrats have suggested a path to citizenship for illegal immigrants or even amnesty. Amnesty for individuals who unlawfully enter the country does not sit well with the majority of conservatives.