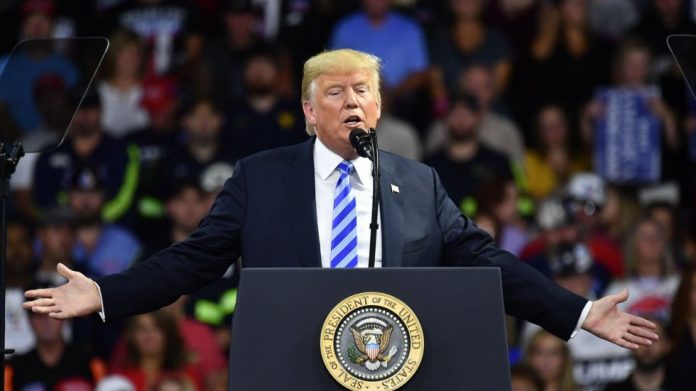 President Trump’s arrival in the White House was in part precipitated by the promises he made about cutting tax during the election campaign.

A lot of the coverage at the time focused on the fact that this policy would disproportionately benefit the wealthiest households in America, while failing to make any discernible difference for lower earners.

After almost two years in office, it’s now easier to get an overview of the real impact of the changes that the Trump administration has implemented. So when it comes to the tax breaks, were widely held assumptions correct, or is there more to this story than meets the eye?

Taxation is all about scale. Someone who earns $30,000 a year and pays 20% income tax will not have a lifestyle-changing amount of extra cash to spare at the end of the year if their contribution requirements are cut by one or two per cent. For someone earning $300,000 a year, that same reduction results in a larger chunk of disposable income ending up in their bank account. As you go higher up the income ladder, that gap only continues to widen.

All this means that the American middle classes will feel relatively little tangible benefits from Trump’s tax cuts, while those who already have very large amounts of wealth will accrue even more.

This is compounded by the fact that the wealthiest people have the means to minimise their contributions through clever accounting. Trump himself has been known to toy with tax laws and flirt with fraud, as outlined in this analysis by AIS-CPA: Tax Fraud By The Numbers: The Trump Timeline. Meanwhile the middle classes cannot reduce this burden affordably, and would see relatively little benefit even if they could.

Another problematic aspect of the Tax Cuts and Jobs Act rolled out by Trump and his contemporaries is that the deficit is rising and public spending is being slashed. Figures suggest that this will leave middle class retirees with less cash to spend in their twilight years.

Experts argue that people will end up working for longer, then find it necessary to sell their homes in order to afford the higher living costs they face in retirement. This is particularly disastrous in the context of healthcare, where cuts to Medicare and Medicaid will leave households with modest incomes in an unenviable position.

One of the claims made by Trump about the benefits of his tax cut plan was that it would allow businesses to ramp up recruitment efforts and thus create tens of thousands of new positions. Clearly this would have been a perk for middle class jobseekers, had it actually come to pass.

Surprisingly enough, the stats show that growth is not any higher than it would have been if the cuts had not been implemented. Large firms are not injecting cash back into hiring new employees; they are buying back shares and shoring up their finances rather than going on spending sprees.

Another complication identified by observers is that just because there is more money floating around and a wider variety of positions to fill, it doesn’t mean that there are an adequate number of appropriately skilled workers to actually fill them.

From a practical perspective, it might have made more sense to increase spending on education and training to ensure that the American workforce was up to the task of meeting the needs of employers in the 21st century. As it stands, the rich are getting richer and the middle classes are either muddling along or having their spending power and opportunities limited.