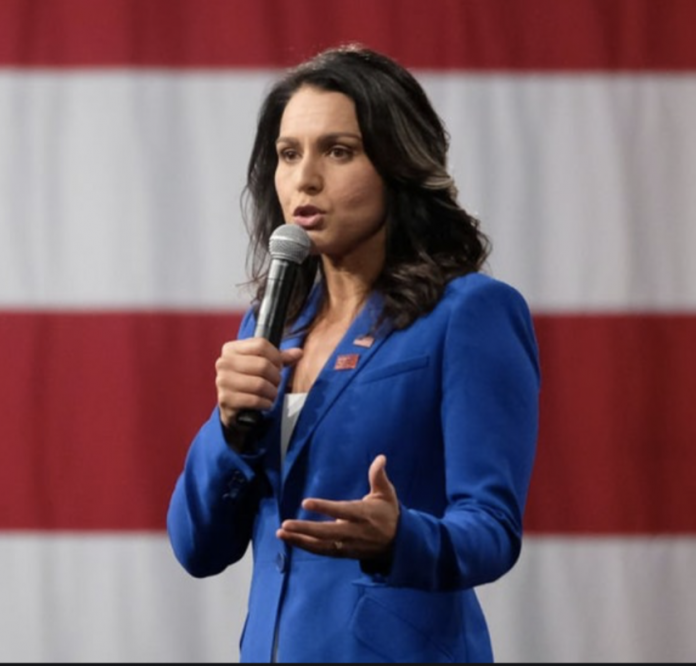 On Wednesday, 2020 Democrat Tulsi Gabbard sat down for an interview with Fox News’ Tucker Carlson. During this time, Gabbard talked about the tensions surrounding Iran and the death of Quassem Soleimani; the 2020 Democrat not only shared thoughts about her take on the tensions, but also what the outcome would be if Hillary Clinton were president.

Certain people on the left have suggested that current tensions with Iran might not exist if Clinton were in office. However, Gabbard explained that she doesn’t share this viewpoint.

When talking with Carlson, Gabbard stated that Clinton is clearly a “warmonger” and that this contributed to Trump’s 2016 election win.

A Closer Look at Gabbard’s Take on Tensions with Iran

When speaking with the Fox News host, Tulsi Gabbard stated that Clinton’s past support for the Iraq war and other parts of her “track record” are quite clear. The 2020 Democrat, therefore, explained that she believes many Americans voted for President Trump in order to “[end] stupid wars and [bring] our troops home.”

Gabbard then went on to state that she views current tensions with Iran as troublesome. The 2020 Democrat explained that Americans she speaks with on the campaign trails are eager to end regime change wars; moreover, Gabbard told Carlson that she views President Trump’s current actions as a threat to national security.

In Gabbard’s own words:

“President Trump’s actions are actually undermining our national security in two important ways. Our troops are no longer being able to focus on that mission of preventing ISIS from getting a resurgence. It’s creating an opening for ISIS and al Qaeda to reconstitute themselves and to pose a threat to our forces, to our country and the people in the region.”

Shortly thereafter, Gabbard professed that Iran isn’t cooperating with prohibitions within the nuclear Iran agreement. The 2020 Democrat also warned about Iran’s development of nuclear weapons capability; in pointing this out, she noted that this development can engender risk and danger for the allies of the U.S.

More on Gabbard’s Response to the Death of Soleimani

Tulsi Gabbard has maintained criticism of President Trump’s foreign policy actions since the death of Soleimani. In doing so, she opined that the airstrike that killed the Iranian terrorist could set off a chain of events leading to war with Iran.

At this time, there’s no indication of the United States and Iran going to war.