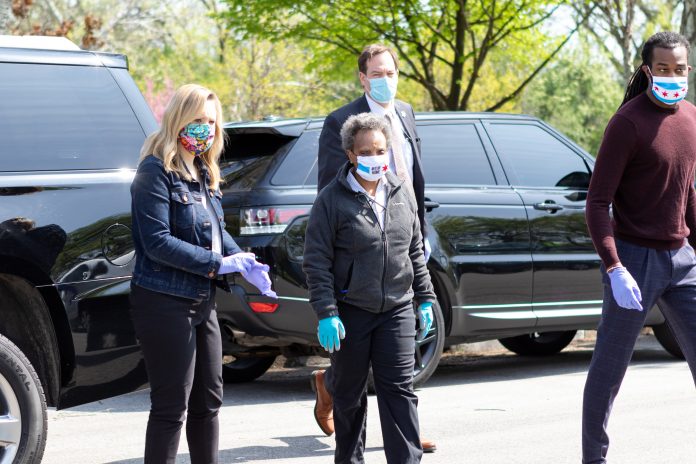 Many Americans are familiar with reports of the shootings and violence that regularly come out of Chicago, Illinois. The recurrent bouts of violence occur in spite of the heavy gun control laws currently on the books in Chicago. It’s almost as if criminals do not adhere to gun control laws!

However, Chicago is back in the news again, albeit for a very different reason. Earlier this week, Democrat Mayor Lori Lightfoot released a new proposed city budget to the tune of $16.7 billion.

Of this $16.7 billion, some of these funds would provide ongoing, monthly $500 payments to poor families in Chicago.

Mayor Lightfoot’s proposed monthly payments fall right under the umbrella of universal basic income that Democrats have pushed for quite some time now. Presently, the Democrat mayor of Chicago believes that having the federal government just give low-income families an extra $500 per month will help them financially.

The percentage of Chicago residents living in poverty ranges from 18% to 20%. Furthermore, the report announcing Lightfoot’s program also directly references universal basic income initiatives that are prevalent in deeply leftist states like New York and California.

In Lightfoot announcing an interest in a cash assistance program, she’s submitted zero proposals on bringing the ongoing violence in her city to a halt.

The problem with universal basic income

The greatest problem with universal basic income is that it does the precise opposite of what its proponents claim they wish to achieve. Contrary to leftist beliefs, universal basic income keeps individuals in poverty; it moreover disincentivizes low-income people from seeking their own jobs and earned income.

This is very unfortunate; however, what universal basic income does is throw people a bone just enough to keep them treading water, yet never rising to the surface. It does nothing to actually help poor folks truly improve their financial situations.

For this reason, Democrats often face accusations of exploiting poverty for their own benefits. Likewise, the Democrat Party inherently benefits from having people in poverty. This lets the left play the hero; it also lets them pretend to care for these individuals.

Time will tell whether or not Mayor Lightfoot’s cash assistance program goes into action. However, there is a very strong likelihood that it will. Chicago is a city that’s remained under leftist leadership for quite some time.