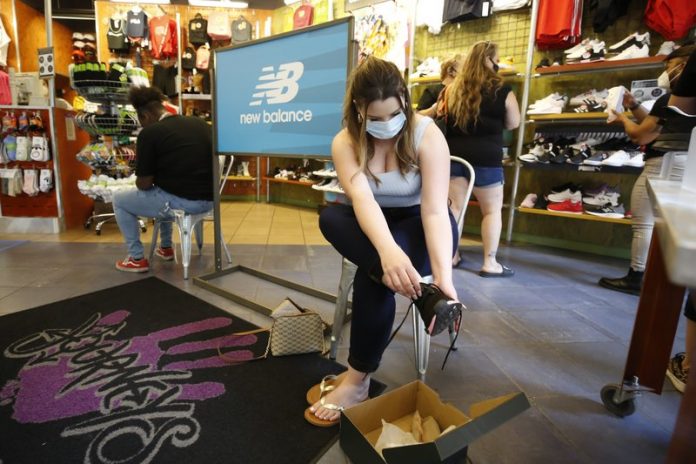 From the marbled halls of Italy to the wheat fields of Kansas, health authorities are increasingly warning that the question isn’t whether a second wave of coronavirus infections and deaths will hit, but when — and how badly.

In India, which partly relaxed its lockdown this week, health authorities scrambled Wednesday to contain an outbreak at a huge market. Experts in Italy, which just began easing some restrictions, urged intensified efforts to identify victims, monitor their symptoms and trace their contacts.

Germany cleared the way for restaurants, hotels and soccer to reopen in the coming weeks but also threatened to again impose virus restrictions if new cases can’t be contained. In the U.S., President Donald Trump said his COVID-19 task force would continue.

Here are some of AP’s top stories Wednesday on the world’s coronavirus pandemic. Follow APNews.com/VirusOutbreak for updates through the day and APNews.com/UnderstandingtheOutbreak for stories explaining some of its complexities.

— Trump said his COVID-19 task force would keep working but focus more on rebooting the economy. Trump tweeted that the panel’s focus would be on “SAFETY & OPENING UP OUR COUNTRY AGAIN,” a day after saying it would be winding down. A White House official acknowledged that signaling that the task force was preparing to shut down sent the wrong message.

— The European Union predicted “a recession of historic proportions” due to the impact of the coronavirus, as it released its first official estimates of damage on the economy. The 27-nation economy is predicted to contract by 7.5% this year. U.S. small businesses, meanwhile, slashed more than 11 million jobs in April, according to a tall by payroll provider ADP.

— While attention was focused on the world’s largest cities, the per capita death rates in the poor southwest corner of Georgia climbed to among the worst in the U.S. Communities that are rural, mostly African American and poor are more likely to have jobs not conducive to social distancing. They also have less access to health care, and transportation is a challenge. “It’s just gone haywire,” a funeral home attendant said.

— A scientist whose advice was key in triggering Britain’s lockdown has resigned from a government advisory panel after his girlfriend crossed London to visit him at his home. Neil Ferguson, an epidemiologist at Imperial College, said he had “made an error of judgment.” He developed models that predicted hundreds of thousands would die unless the U.K. imposed drastic restrictions to confront the coronavirus.

— Democrats in Congress want to assist states and local governments and the Postal Service, and to boost contact tracing to track the coronavirus. It’s all part of a fifth response from Washington to the COVID-19 crisis, and it could hit the House floor next week. But Senate Majority Leader Mitch McConnell, a Republican, has called for a pause on more rescues.

— A survey from The Associated Press-NORC Center for Public Affairs Research finds that people of color have not only been hit harder by the coronavirus than have Americans overall, but they’re also bearing the brunt of the pandemic’s financial impact.

WHAT YOU NEED TO KNOW:

For most people, the coronavirus causes mild or moderate symptoms, such as fever and cough that clear up in two to three weeks. For some, especially older adults and people with existing health problems, it can cause more severe illness, including pneumonia and death. The vast majority of people recover.

Here are the symptoms of the virus compared with the common flu.

One of the best ways to prevent spread of the virus is washing your hands with soap and water. The U.S. Centers for Disease Control and Prevention recommends first washing with warm or cold water and then lathering soap for 20 seconds to get it on the backs of hands, between fingers and under fingernails before rinsing off.

You should wash your phone, too. Here’s how.

TRACKING THE VIRUS: Drill down and zoom in at the individual county level, and you can access numbers that will show you the situation where you are, and where loved ones or people you’re worried about live.

— 7: The number of days in jail for a Texas hair salon owner who kept her business open despite public orders to the contrary. Shelley Luther of Dallas declined an opportunity to apologize and get a fine instead of jail. “Feeding my kids is not selfish,” she told a judge.

— COVERED IN STYLE: Face masks were rarely used in Latin America outside hospitals before the pandemic. But now they’re becoming a colorful part of the region’s daily life. There are lucha libre-themed masks in Mexico, logos of soccer clubs in Argentina, Batman characters in Peru and colorful swimsuit prints in Colombia.

— WORK AND FOOD: Organizers are calling it The Power of 10, an effort to rehire laid-off restaurant workers, keep independent eateries open and provide meals to neighborhood workers on the front line of the pandemic. The initiative aims to raise $10,000 per week to support 10 full-time jobs at a local restaurant. Donations start as little as $10 for one meal. “The math works everywhere,” a chef says.