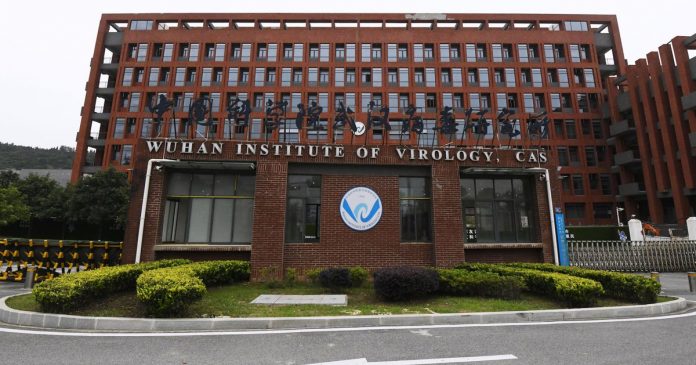 The online publication The Intercept released a report on Monday. They reveal two previously unpublished grant proposals from the U.S.-based health organization EcoHealth Alliance funded by the National Institute of Allergy and Infectious Diseases (NIAID) to conduct bat coronavirus research at the Wuhan Institute of Virology in China.

Republicans claim that the new reporting proves that Dr. Fauci is guilty of lying to Congress in July. He insisted that the NIAID had not funded “gain-of-function” research in Wuhan. Fauci was the director of the NIAID since 1984.

I have already asked the DOJ to review Fauci’s testimony for lying to Congress. This report should make it abundantly clear that he needs to be held accountable.
https://t.co/PfuketQaWc

There is mounting evidence that the U.S. funded research on several types of coronaviruses at the Wuhan Institute of Virology in China. And the language in the grants infers “gain-of-function.

Many people believe that the lab and a nearby “wet market” were the sources of the COVID-19 pandemic. And there is even speculation that a lab accident may have occurred.

The online publication, The Intercept has obtained over 900 pages of public record documents. They got access to the information through Freedom of Information Act litigation with the National Health Institute. The Intercept had been trying to obtain the records since Sept 2020.

Fauci continues to insist that gain-of-function methods were never used in the Wuhan bat research. And downplays the details of the new documents.

He insists that this was not gain-of-function research.

Kentucky Senator Rand Paul is Dr. Fauci’s most aggressive critic. He pointed out that the newly published documents were a direct contradiction to Fauci’s testimony and public statements.

“I was right about his agency funding novel coronavirus research at Wuhan,” he tweeted. “Fauci lied again.”

The grant provided EcoHealth Alliance with a total of $3.1 million, this includes $599,000 given to the Wuhan Institute of Virology. They used the funds to identify and alter bat coronaviruses that could infect humans. The funding will be continued into 2024.

One of the grants, titled “Understanding the Risk of Bat Coronavirus Emergence,” outlines the efforts of EcoHealth Alliance President Peter Daszak. The Wuhan bat research included screening thousands of bat samples for novel coronaviruses. People who worked with live animals were also screened.

Daszak was a member of the World Health Organization (WHO) pandemic investigation team.  So in effect, he was investigating his research project. He has always agreed with the Chinese on the virus origins. Daszak is insistent that the coronavirus could not have come from the nearby lab. But instead originated in wildlife farms in south China. And they eventually ended up in the wet markets.

Under the terms and conditions of the grant approval, there is a section noting that prior to “further altering the mutant viruses”, the NIAID needs to be given a “detailed description of the proposed alterations and supporting evidence for the anticipated phenotypic characteristics of each virus.”

The second grant, “Understanding Risk of Zoonotic Virus Emergence in Emerging Infectious Disease Hotspots of Southeast Asia,” was written in 2019. And was awarded in August 2020.

“The research we supported in China, where coronaviruses are prevalent, sought to understand the behavior of coronaviruses circulating in bats that have the potential to cause widespread disease,” the NIH said in an email statement.

“The body of science produced by this research demonstrates that the bat coronavirus sequences published from that work NIH supported were not SARS-CoV-2. More importantly, because of similar research to understand coronaviruses, we were able to move swiftly to develop vaccines against SARS-CoV-2 and save lives.”

In May, Biden asked for an intelligence community investigation into the pandemic’s origin. And on August 27, Biden announced that the intelligence inquiry failed to find any answers.