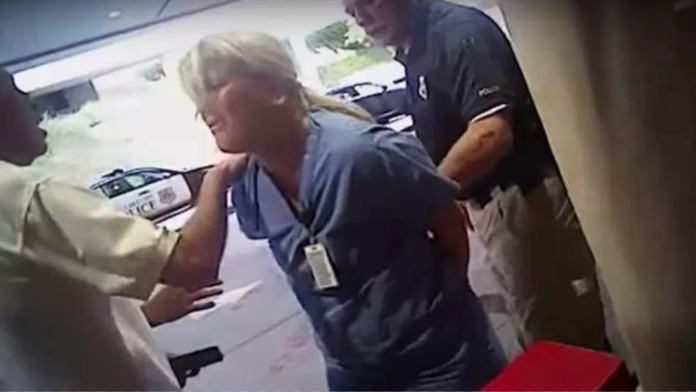 July footage showing the arrest of a Utah nurse recently made headlines. As a result, Americans are now wondering whether or not the nation is declining into a police state. As noted by CNN, the Salt Lake City police department issued an apology to the woman for her unjust arrest.

Alex Wubbels, the aforementioned nurse, was completely innocent in this situation. Police officers came to University of Utah Hospital and demanded for Wubbels to draw a blood sample from an unconscious, car crash victim who was also a patient. However, unbeknownst to the police officers, their request violated the hospital’s policies.

Following this incident, Wubbels explained to the police that the nature of their request for a blood sample breached hospital protocol. Then, she showed the officers printed records detailing the requirements for drawing blood from a patient. The requirements mandate orders from a judge, the patient’s arrest, or assent from the patient.

Apparently, the hospital’s rules did not sit well with Jeff Payne, the police officer, who grabbed Wubbels and forced her out of the hospital, into handcuffs, and into a police car.

The Fault Of Officer Jeff Payne

First and foremost, officer Jeff Payne is completely wrong in this situation. He had no business arresting Alex Wubbels simply because the hospital’s policies upset him.

According to Karra Porter, Wubbels’ attorney, the Salt Lake City police department and University of Utah Hospital were both in accordance of the hospital’s policy of drawing blood from patients. Perhaps Payne wasn’t aware or simply didn’t care. However, Payne’s actions resulted in administrative leave, along with another officer.

“I was alarmed by what I saw in the video with our officer and Ms. (Wubbels). I am sad at the rift this has caused between law enforcement and the nurses we work so closely with.”

Are we declining into a police state? Many people interpreted the events which transpired between Payne and Wubbels as an indication of such. Payne had no business handcuffing Wubbels and bringing her into custody. She was not in violation of any laws. She simply did her job.

What does it say about the state of our police force when Americans are arrested simply for abiding by laws and protocols? Hopefully, Payne’s administrative leave will give him all the time needed to think long and hard. Furthermore, hopefully the aforementioned incident serves as a warning to other officers considering taking a similar course of action.