California is again dealing with a massive and rapidly-spreading fire—this time, the Ventura County fire. Authorities estimated that at least 60,000 acres were already burnt with zero containment.

Thousands of people in the county fled their homes as firefighters are facing extreme difficulty containing the fire. Weather forecasters warned people in Southern California of “extreme fire danger.” The howling Santa Ana winds and low humidity are causing the fire to move fast.

On Tuesday, the Ventura County Fire Department tweeted, “Fires are breaking out across the so. Cal. Region…Be fire safe. Firefighters are working very hard to minimize damage to property. Evacuations are taking place in many places in Southern California.”

According to the update released by Ventura County as of 3:15 PM, the Thomas Fire already burnt 45,500 acres with zero containment. The blaze spread into the city limits of Ventura toward Highway 33. The Thomas Fire started north of Santa Paula near Highway 50.

At daybreak, firefighters are expected to use wing aircraft and helicopters to contain the fire, which continues to threaten properties. Approximately 150 structures including homes and the evacuated Ventura hospital have been destroyed.

During a press conference, Ventura County Fire Chief Mark Lorenzen, said, “The prospects for containment are not good.  Mother Nature’s going to decide when we have the ability to put it out.”

According to Lorenzon, they still don’t know and they still cannot assess the damages in the areas affected by the fire. He believes that the fire could damage more properties because of the fact that it is growing so fast.

Gov. Brown declared a state of emergency in Ventura County

In a statement, the governor said, “This fire is very dangerous and spreading rapidly, but we’ll continue to attack it with all we’ve got. It’s critical residents stay ready and evacuate immediately if told to do so.”

Gov. Brown together with the entire members of California congressional delegation is requesting Congress for additional funding of $4.4 billion for the state’s wildfire relief and recovery efforts. 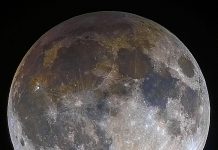