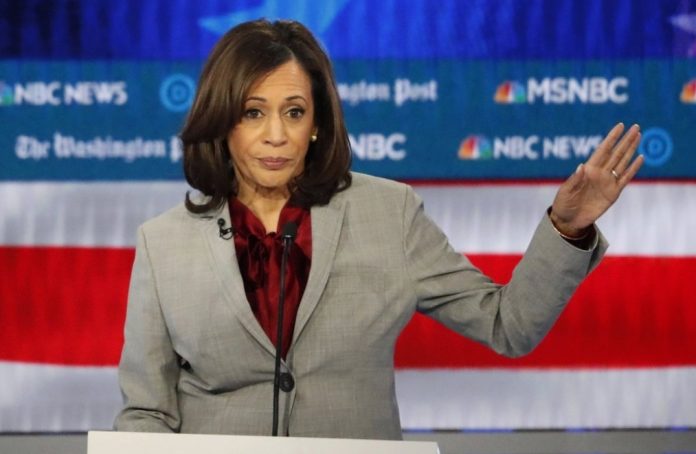 ‘Former President Donald J. Trump created mass waves in the political pool over the past four years. He participated in rallies, meet and greets, and ‘talking directly to public’ on a daily basis. This model was seen as divisive by Never-Trumpers and a welcome change to political transparency by others.

One thing is true, he unified the American people in one area: former President Trump forced the public out of civic complacency.

In a move which seemed to mimic this model of personal connection to the people, Vice President Kamala Harris made two local TV appearances this week in which she discussed the Biden administration’s $1.9 trillion “American Rescue Plan.”

During one interview, V.P. Harris stated, “she ‘and President Joe Biden ran as Democrats, but we are Americans and we will lead as Americans.'”

“The reason I am here, in West Virginia talking with you, is because everybody matters, whether you voted for us or not,” she concluded.

“We want to make the case to the American people across the country and this is a way to do just that,” Psaki said.

“I think [the vice president will] do a number of additional regional calls and regional interviews, as will members of the team,” she responded. There was no more mention of the motivation in choosing specific states. Interestingly, Psaki alluded to increasing local visibility which departs from pre-Trump politics.

A Tale of Two Approaches for the ‘Unification Party’

The interview took U.S. Sen. Joe Manchin (D-W.Va) by surprise. Manchin responded, “I saw [the interview], I couldn’t believe it. No one called me [about it].”

Whether the Harris interviews were designed to pressure Manchin and Sinema into backing ‘the American Rescue Plan’ was not immediately clear.

Machin was bothered by the lapse in communication.

“We’re going to try to find a bipartisan pathway forward, but we need to work together. That’s not a way of working together,” he said. “We met [Pres. Biden’s] economic team and they put out what they wanted [for the ‘Rescue Plan’]. Just show us the figures. People need to know. We want to help everybody that needs help.”

A party calling for unification is currently unable to act in concert amongst themselves.