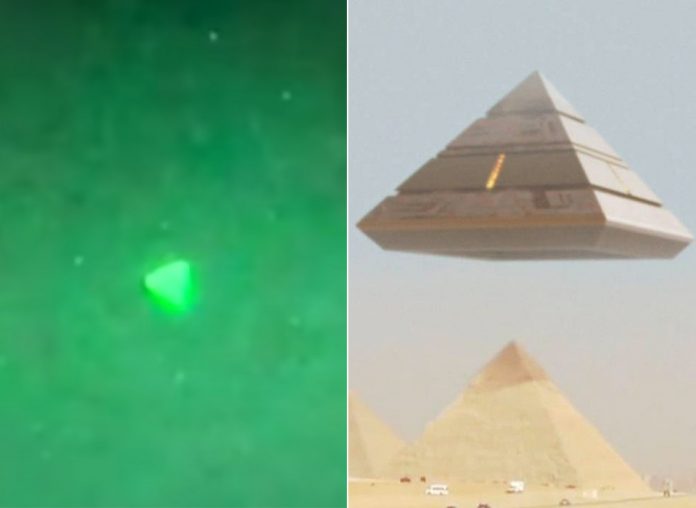 Leaked videos of a pyramid-shaped UFO have been taking the internet by storm. The Pentagon and the Department of Defense (DOD) confirm the videos were taken by Naval staff.  And the Pentagon says they are the subject of “Ongoing examinations” by the DOD’s Unidentified Aerial Phenomena Task Force. The UAPTF was charted and set up in August.

UAPTF is promising to release a detailed June 1st report about recent sightings of UFOs. Since 2015 there have been a number of reports of unidentified aircraft lurking around various military-controlled ranges and designated airspace.

New York Post reports the grainy video footage taken in 2019, off of the San Diego coast, has never before been seen. The video shows pyramid-shaped unmanned aerial vehicles buzzing at least three Navy warships during military drills. According to the ship’s logs, the video shows a UFO following a US destroyer for 90 minutes.