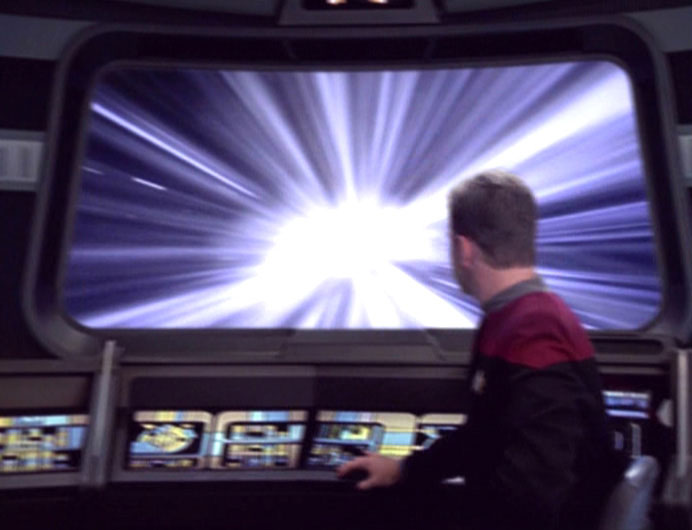 Before we started flying around in space, science fiction revealed a universe where travel is Faster-than-light (FTL).  It has long been theorized that trips could someday be taken instantly to other countries, other planets, or even through time.

Lentz’s theory has NASA’s attention.  He says there is a way that we could achieve FTL travel using present-day conventional physics.

We need warp-speed to work to make certain that life, as we know it, can continue. We need to extend beyond the Earth. But the universe is just too big and the human lifespan is too small.

SpaceX CEO, Elon Musk believes that Mars is the logical expansion. But the truth is a colony on Mars might not be sustainable.  Nowhere in our solar system is a reasonable alternative. So we are looking at other solar systems and other stars.

It’s certain that there must be Earth-like planets somewhere out there. But it takes way too long to reach them.

Using the space vehicles we currently have developed, it would take 50,000 years to travel 25 trillion miles to Alpha Centauri. That’s the next solar system over, just a little more than 4 light-years from here.

If we could achieve warp-speed travel it would mean that could make the round-trip in 8 years. But warp-speed is faster than light. We have the “will” we just need to find a “way”!

According to Albert Einstein, the father of modern physics, it’s impossible to travel faster than the speed of light.

In Einstein’s general theory of relativity, it is physically impossible for mass to move that fast! If mass surpasses light-speed it goes straight to infinity. And that would require an infinite amount of energy to accelerate to that FTL. In simpler terms, there is a warp-barrier.

In Lentz’s paper, he claims that you can overcome this barrier “by constructing a class of soliton solutions .”  A soliton is a quantum or quasiparticle propagated as a traveling non-dissipative wave.

The idea is to build a negative energy bubble surrounding an object like a spaceship. The spacetime continuum ahead of the object compresses and the space behind it expands. In the center of the soliton is a flat area where the object can safely travel through space and/or time. And if any people are on-board they wouldn’t even feel like they’re moving.

The goal is to create a warp-drive bubble. Lentz proposes that these warp bubbles can be created from positive energy sources with basic physics. And they don’t violate Einstein’s conclusions. Or require any negative energy densities.

When Lentz studied previous warp-drive proposals he believed that some warp-bubble configurations hadn’t been considered.  A warp-drive that uses conventional energy sources is a major innovation. But the problem is this still needs a huge amount of energy.

“The energy savings would need to be drastic, of approximately 30 orders of magnitude to be in the range of modern nuclear fission reactors,” Lentz claims.

“Fortunately, several energy-saving mechanisms have been proposed in earlier research that can potentially lower the energy required by nearly 60 orders of magnitude.”

It’s possible that decades ago TV and movies like Star Trek were truly visionary. And when Captain Kirk stood on the deck of the Starship Enterprise and took the ship to warp speed it was just the beginning.

“This work has moved the problem of faster-than-light travel one step away from theoretical research in fundamental physics and closer to engineering,” says Lentz.

“The next step is to figure out how to bring down the astronomical amount of energy needed to within the range of today’s technologies, such as a large modern nuclear fission power plant. Then we can talk about building the first prototypes,” he adds.

We are still in the theory stage. And while there is hope for future development, we aren’t there yet!