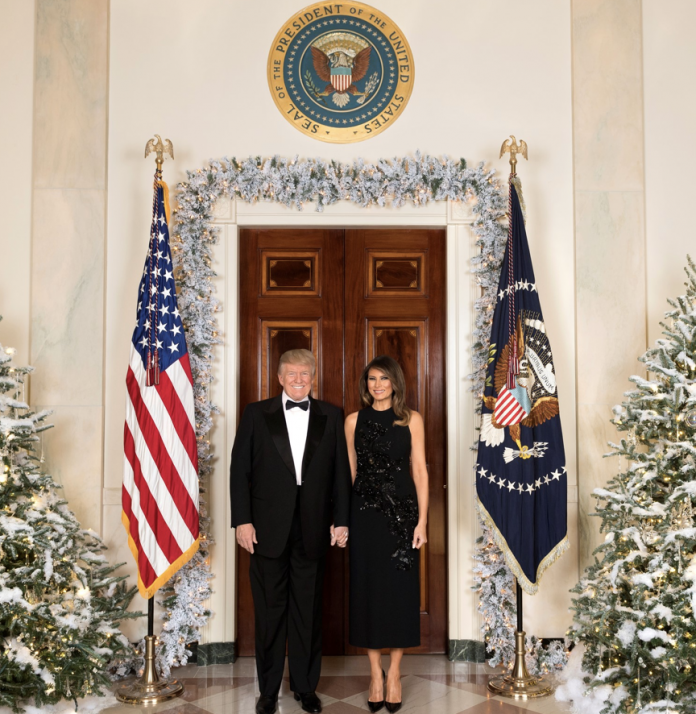 On Thursday, Americans learned of President Donald Trump’s decision to ax the once traditional White House Christmas party for the media.

A Closer Look at the White House Christmas Party’s Cancellation

The once-traditional party previously served as a celebratory gathering for members of the press. In past times, journalists, news anchors, and other media members attended the party. The White House event also generally served various foods, such as crab claws, lamb chops, fancy desserts, and more. Moreover, attendees of the party usually brought along a plus one, be it a friend, spouse, or relative.

Traditionally, presidents and first ladies would take pictures with the press and engage in friendly conversation. However, the White House Christmas party will not take place in 2018 and many Americans already have their ideas regarding the reason for the cancellation.

Tensions with the Mainstream Media

Since Donald Trump’s inception into politics, he has maintained an extremely tense relationship with the press. Throughout his 2016 election campaign, he frequently referred to the media as “fake news.” Then-candidate Trump moreover implied that the press harbored a personal and political vendetta against him for the sake of increasing Hillary Clinton’s chances of winning the election.

Since his time in office, the president’s relationship with the media has not improved. As a matter of fact, some may argue that the relationship has worsened. President Trump has frequently sparred with CNN via Twitter and called out the press for inaccurate coverage.

Weeks ago, President Trump and CNN’s Jim Acosta got into a back-and-forth with one another regarding Central American migrants seeking asylum in the United States. Matters heated up to the point of the White House pulling Acosta’s press credentials. However, Acosta regained access to the White House after rulings from a judge.

The president’s decision to cancel the White House Christmas party is likely to engender backlash from critics. Many of Trump’s detractors have pushed back against him for his public censure of the media. Some even questioned whether or not the president has interfered with the freedom of the press.

President Trump and his supporters regularly maintain that the media has an obligation to report fairly and accurately.