This story is brought to you by Bay Area Energy

There’s been a noticeable increase in wildfires in California this year and there are clear signs that human industrial pollution and smog are major contributors to the problem. The state’s no stranger to wildfires with its naturally dry climate, but the frequency of these fires is on the rise with more than 3000 buildings destroyed in 2017. The question is who’s to blame and can we do anything about it?

It’s a complicated question and the answer isn’t straightforward. In truth, a combination of issues is at work here. Stalled government regulations, the actions of major utility companies, over population, and individual actions are all playing a part. These factors are driving our average annual temperatures up and creating unpredictable weather extremes that threaten to make some parts of California almost uninhabitable.

The federal government, in the form of the Environmental Protection Agency, recently made a controversial decision to delay tighter regulations on ozone emissions by another year. Ozone is known to cause ailments such as asthma and it’s a by-product of various industrial processes. That’s why the state of California is continuing to pursue its own ozone reduction policies in spite of this curious decision by the federal government.

Large industrial polluters need to comply if there’s going to be a significant reduction in Ozone emissions and smog, but small companies and individuals have to play a part as well. One way to do this is by encouraging cleaner energy sources such as natural gas.

Bay Area Energy is a small company that’s been able to enter the market as a broker due to deregulation. They’re providing California consumers the opportunity to choose their natural gas supplier at discounted rates that make them more inclined to choose cleaner natural gas energy.

Small companies like Bay Area Energy that are trying to lead the way in adopting cleaner energy are not being supported by the big utility companies. Their focus seems to be on maintaining their monopolies at any cost, leaving the environment as just an afterthought.

In the latest round of wildfires to hit California one of the major energy suppliers in the area, Pacific Gas and Electric, was billed for the costs of fighting the fires that appeared to be caused by their downed transmission lines. While the company denied any wrongdoing, the constant rush to expand service into areas prone to fires is part of the problem. The need for progress must be balanced with the need to protect our environment. With a little more planning the frequency of wildfires can be reduced.

Major utility companies may not be directly responsible for the dry conditions in California, but they could certainly do more to help the problem. Global warming has led to an average increase in California’s annual temperature over the last 100 years of about 2 degrees. That may not sound like much, but it’s contributed to weather extremes that are linked to the problem.

California seems to be moving towards a new norm of wet winters and dry summers that makes wildfires more likely. The wet winters allow water to fill streams and head down the Sierra Nevada’s encouraging vegetation growth. As the weather becomes hot and dry that vegetation becomes dry and brittle and any small spark has the potential to ignite a wildfire.

Wildfires are part of nature. They would occur with or without human intervention, but nowhere near as often. We’ve created a perfect storm of conditions that lead to these fires. Global warming may be the main culprit, but overpopulation is having its effect as well. Development is pushing the boundaries of urban areas in California into areas that are vulnerable to wildfires.

As people move into these vulnerable areas the probability of fires increase. Sometimes it’s a campfire, other times it’s a spark from a backfiring car, but often its downed powerlines that are to blame. Major utilities should be doing more to make their transmission lines safer, instead of concentrating on profits at all costs.

Removing the monopoly control of these large energy companies over supply and transmission is a good first step. With companies like Bay Area Energy leading the way, we are making some progress, but more needs to be done. Government needs to encourage these cleaner alternative energy companies through progressive legislation as well.

Adopting clean, renewable energy can help to slow down climate change and potentially reverse it over the long term. There’s hope that we’re not at the point of no return yet, but time is running out. Reversing climate change will take the efforts of all stakeholders including government agencies, major corporations, and individual citizens. 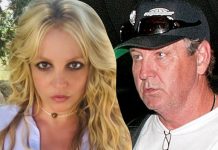 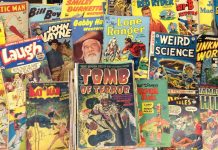 Comic Book Plus has free public domain works circa 1930s-1950s 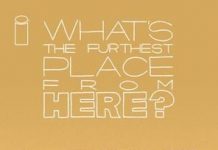 Coming in November: What’s the Furthest Place from Here?