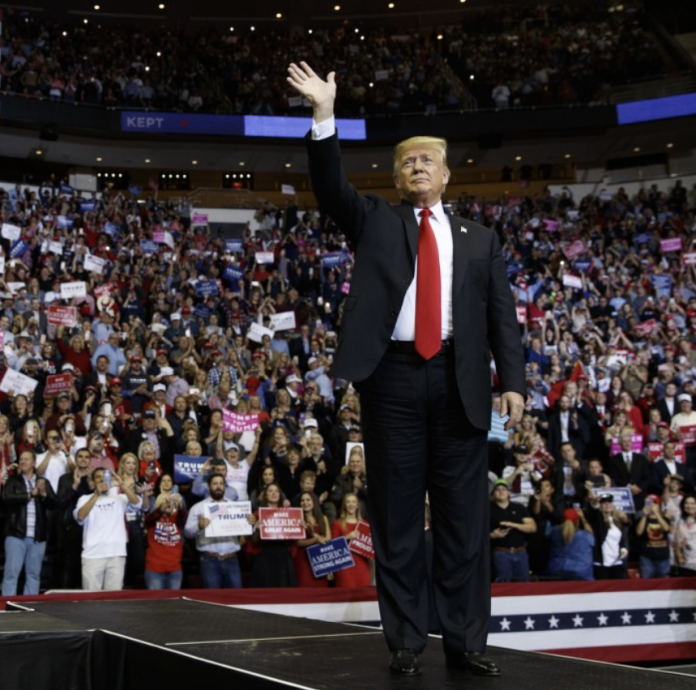 As numerous Democrats launch various criticisms and attacks against President Trump, certain Americans are questioning whether or not this is truly a winning strategy for the 2020 election.

Armstrong Williams, an op-ed writer for The Hill, stated that the message of Democrats appears “stuck in the past.”

Williams began his opinion piece by noting the extent to which Democrats have categorized the president as dangerous to America. He then records the common talking points associated with anti-Trump ideology: Trump is racist, hates minorities, hates women, will lead the United States into World War III, etc. Of course, these assertions regularly face censure and challenges on validity or lack thereof.

As noted by Williams, the catastrophes which Democrats have alleged would happen under a Trump presidency have yet to manifest. In many regards, the nation has seen certain improvements from job creation, stronger ties with NATO countries, etc.

The Potential to Backfire

Williams furthermore maintains that “fearmongering” when it comes to President Trump may not work out well for Democrats.

“Other than fearing President Trump, what are the tired Democrats offering as a path forward for the American people? The answer is simple: themselves. The field of competitors are the same old programmed politicians, answering to special interests, saying whatever they need to get elected.”

What is the True Message of the Democrats?

Aside from extensive criticism of the president, Williams states that Democrats haven’t learned from previous political missteps or developed a message to connect with Americans. This leaves questions about where Democrats truly stand, aside from disliking Donald Trump and his policies.

Finally, Williams concluded his opinion piece with the following warning:

“It does not matter how many candidates the Democrats field for the coming presidential election. If they are all cookie-cutter versions of party elites and prophets of political correctness, none of them will prevail.”

Policies of the Left-Wing

When President Trump announced his re-election campaign, he also spoke about what he views as the danger of these policies. Individuals on the right-wing tend to believe that smaller government is better; therefore, this frequently lands them at odds with Democrats who believe that the expansion of government is productive.