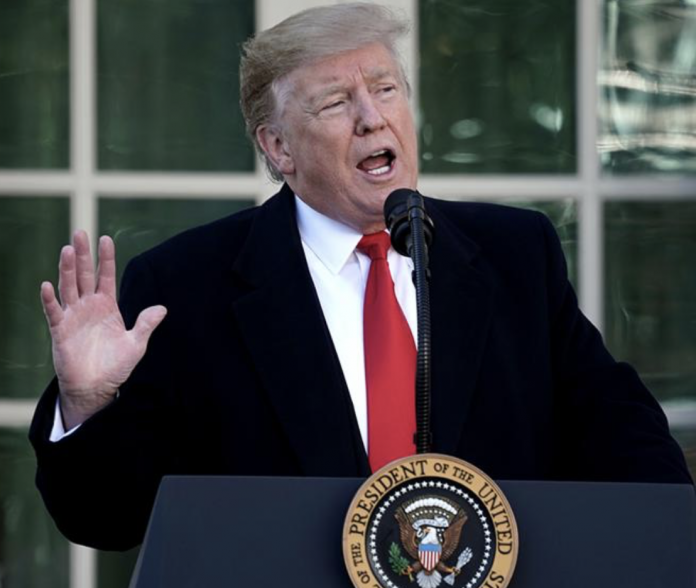 Most Americans are aware of the Democrats’ overwhelming desire to impeach President Trump. However, new questions about how a real push for impeachment might portray the president have arisen.

Many Americans on the left side of the political aisle have articulated their desire to see President Trump removed from office. They also believe that Trump is a danger to the nation and the American people.

Conservatives, on the other hand, feel quite differently. The majority of right-wingers oppose the idea of impeaching the president. Trump supporters furthermore maintain that the president has not committed any impeachable offenses. After all, disliking the president and/or his policies does not warrant impeachment.

Earlier today, pollster Emily Ekins spoke to Hill.TV about the potential risks of moving to impeach President Trump. Interestingly enough, Ekins believes that such moves may backfire on Democrats.

“I think a lot of these Democrats realize that if they go too far on the offensive, they’re going to make Trump appear like a victim. Going into 2020, that’s actually not going to go well for the Democrats. So I think some of them want to back off for this reason.”

It turns out that Ekins may be correct. Talk of impeaching President Trump has remained ongoing since the inception of his time in office. However, House Speaker Nancy Pelosi recently came out against impeachment, citing it as too “divisive.”

“Impeachment is so divisive to the country; unless there’s something so compelling and overwhelming and bipartisan, I don’t think we should go down that path. It divides the country.”

The House Speaker may not favor impeachment, but not all Democrats share this outlook. Shortly after being elected to the House of Representatives, Rashida Tlaib vowed to “impeach the motherf*cker.” Likewise, other outspoken leftists such as Alexandria Ocasio-Cortez and Maxine Waters have called to impeach President Trump.

The president has previously brushed off calls for his impeachment. According to Trump, it’s tough to impeach someone who is doing “such a great job.”

Talk of impeachment remains ongoing with the 2020 presidential election right around the corner.